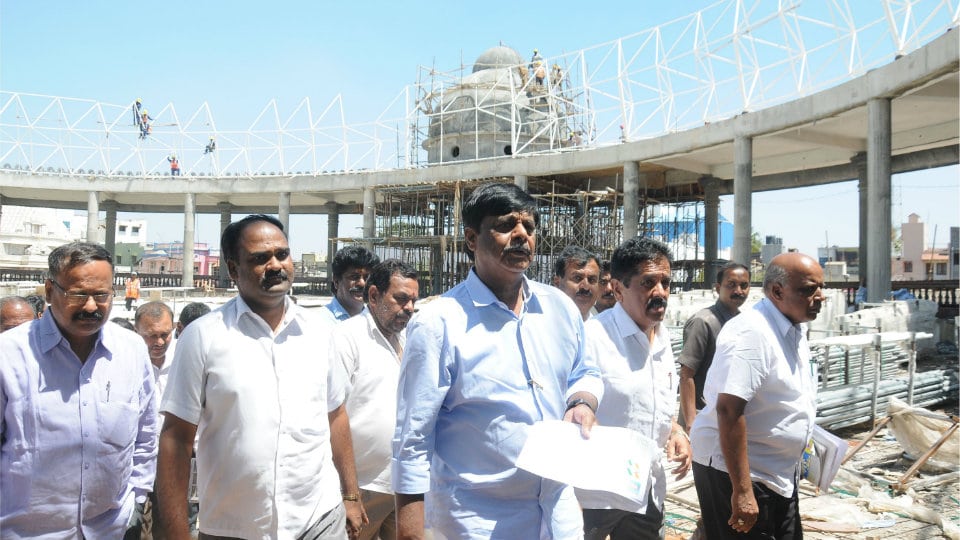 Says concrete works of Dasara route will be completed by April

During the inspection, the officials of the Public Works Department (PWD), informed the Minister that the concrete works of the Dasara procession route was nearing completion.

The PWD Officials said that concrete works of the stretch of road from Government Ayurveda Medical College Circle to Bannimantap junction would be completed by April. 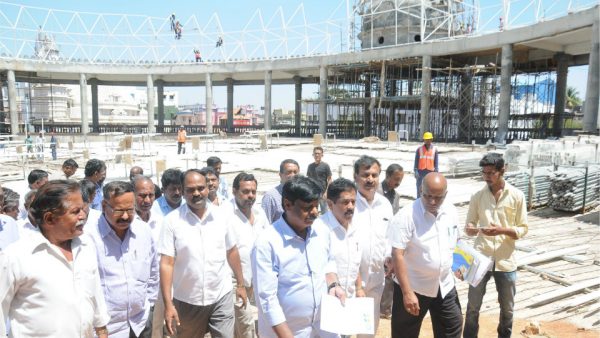 The officials also said that the concrete works of Bengaluru-Nilgiri Road was going on with facilities like footpath and street-lights off the four lane stretch being provided on one side while the works on the other side was pending.

Minister Mahadevappa told press persons that Rs. 50 crore was released for the project and added that the city roads were also being developed by taking into consideration the growth of vehicles in the next 30 years.

He said that Chief Minister Siddharamaiah had released Rs. 350 crore for the city’s development projects. He also launched the developmental works of the three kilometre stretch from the Outer Ring Road (ORR) to Mysuru Milk Dairy in Siddarthanagar at an estimated cost of Rs. 30.50 crore.

The District Minister yesterday denied that he had threatened the complainant who had filed a case against his son Sunil Bose in the bribery case.

He said, “I don’t know who the complainant is and have never seen him. Now that he has levelled charges against me, I will have to check his background.”