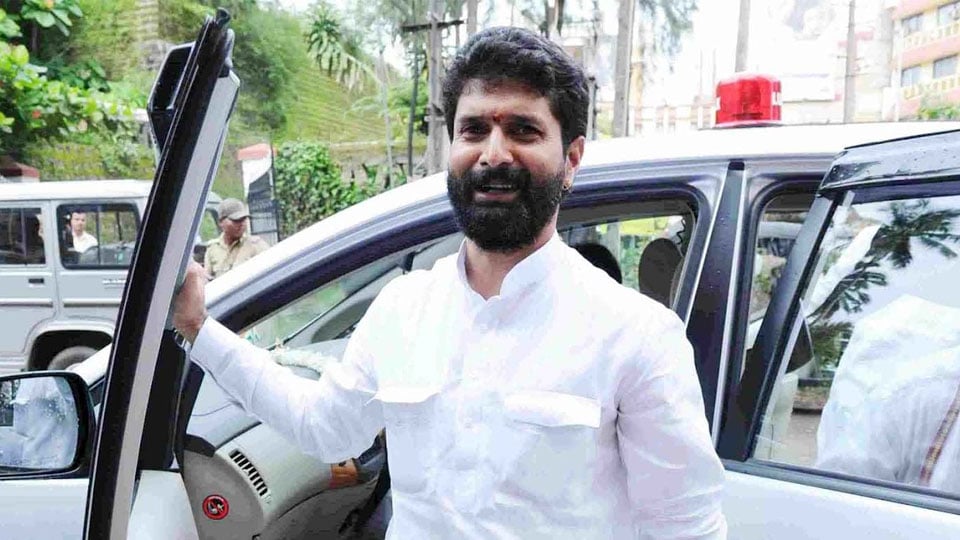 Mysore/Mysuru: Karnataka Tourism Minister C.T. Ravi, who is now reportedly under self-quarantine at his native Chikkamagalur, has welcomed the Centre’s decision to form a National Tourism Task Force (NTTF) in order to revive the tourism sector which has taken a severe beating due to the lockdown.

In a press release issued on his official letterhead on Apr.29, Ravi said that the NTTF comprises Tourism Ministers and Department Secretaries of all the States and representatives of all tourism stakeholders.

He said that he has forwarded the suggestions received by the stakeholders — like Hotel Industry, Tours and Travel Agents, Taxi Operators, Tourist Guides and Airline Booking Agents among others — during a meeting he had organised in the pre-lockdown period. Ravi said that many of the suggestions were concerned with promotion of cultural activities, festivals, exhibitions and adventure sports.

Noting that tourism sector contributes to 14.8 percent of Karnataka’s total revenue, the Minister said that more than 35 lakh people of the State are directly or indirectly dependent on the tourism sector for their livelihood. He stated that the tourism industry provides ample opportunities for assets creation and employment. With the outbreak of COVID-19, the tourism sector has fallen flat, he added.

Stating that consumer mindset, safety, hygiene and such other factors play a key role in the promotion of tourism post-lockdown, Ravi said that marketing and promotion, skill development, safety and hygienic tagline, security, survival and revival, soft bank loans, working capital, tax reliefs, tax holidays and such other measures are key for rebooting the tourism sector.

Ravi also outlined that the State Tourism Department has received five important suggestions for the revival of the sector, which included sensitising the tourists on the severity of the pandemic, holding of local activities (post-lockdown) such as ‘Nodu Baa Nammoora’ (come and see our town), dining out within city, love your locale which is popular in Singapore, promotion of regional and inter-district tourism, preparing domestic tourists for national and regional tourism and attracting foreign tourists in a phased manner after ensuring their safety and wellness.