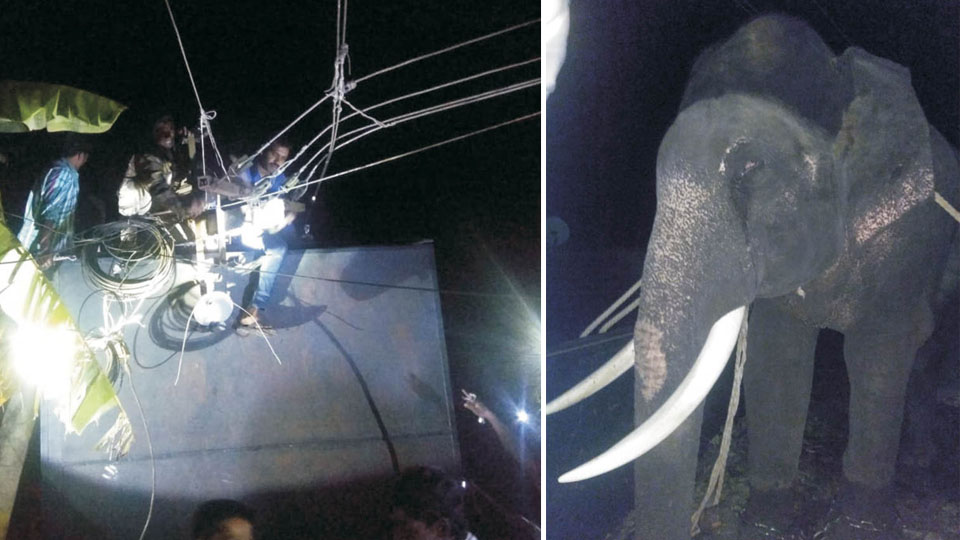 Hunsur: Even as the death of elephant Ranga (Rowdy Ranga), who died after being hit by a private bus at Mathigodu, is still afresh in the minds of the people, Dasara Elephant Gopalaswamy had a miraculous escape from being electrocuted as the truck ferrying him to Hassan hit an electric pole resulting in the power line snapping and falling on him and the truck. Luckily, Gopalaswamy and the Forest staff accompanying him escaped from being electrocuted as the fuse blew away disconnecting the power supply.

The incident took place at about 10 pm near Kolavige village coming under Veeranahosahalli Range in Nagarahole Reserve Forest.

Gopalaswamy was being ferried to Alur in Hassan to capture a rogue elephant there. Gopalaswamy belongs to Kolavige Rama Temple Elephant Camp in Veeranahosahalli Range in Nagarahole Reserve Forest. Forest Guards Vinod and Ganesh, Mahout Diwakar and others were in the truck when the incident took place.