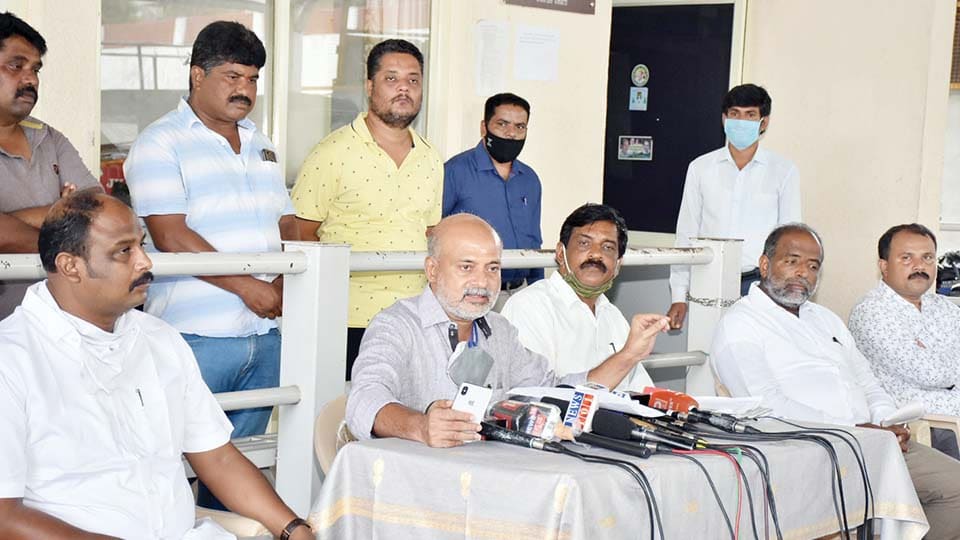 Releases three audios in support of his claim

Addressing a press meet at his office near Rama Vilas Road here yesterday, Mahesh alleged that huge sums of money had changed hands in the recruitment to various posts in MyMUL.

Maintaining that prospective candidates had paid a big sum for getting job in MyMUL, Mahesh released three audios in support of his allegations, wherein some MyMUL Directors are allegedly heard demanding huge sums of money from candidates.

Accusing MyMUL of unauthorisedly adding 25 more posts to the original recruitment notification, the MLA alleged a match-fixing deal between MyMUL President and Directors in the recruitment.

Pointing out that MyMUL has deferred the oral interview that was scheduled to take place from May 18 after directions from Mysuru District-in charge Minister, who is also the Co-operation Minister, Mahesh warned that the JD(S) will launch a massive protest in front of MyMUL office on Bannur Road here under the leadership of former Minister H.D. Revanna on May 19, if MyMUL goes ahead with the conduct of interviews.

Urging those who have taken the money to return the same to candidates, he advised the candidates against paying money on the promise of getting jobs.