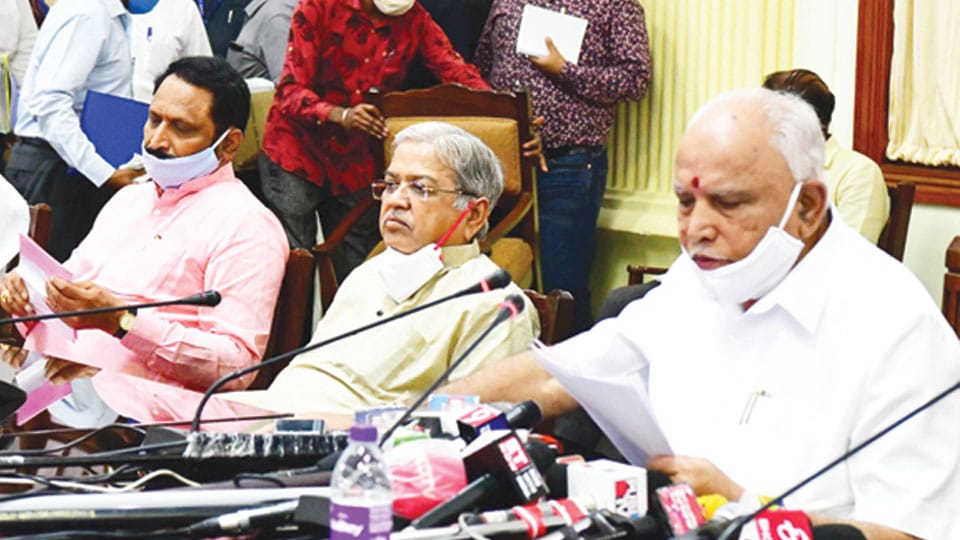 Bengaluru: In a crucial decision that is aimed at allowing private markets for farmers, the Karnataka Cabinet on Thursday approved an ordinance that removes restrictions on the sale of agricultural produce, thereby allowing private players to set up trade markets where farmers can sell.

Pointing out that there was a time when APMCs (Agricultural Produce Marketing Committees) were the only markets where wholesalers and big businesses would go to, he said the ordinance will allow individuals to set up private markets, where buying and selling can take place.

Stating that the powers of local APMCs will be restricted to the existing APMC yards (Mandis), Madhuswamy said that now, farmers can sell their produce directly in the markets of their choice by avoiding middlemen and added that this is a step towards doubling farmers income after 2020, as Prime Minister Narendra Modi has envisaged.

Clarifying that the Karnataka State Agricultural Marketing Board will continue to have the power to regulate the goings on in the trade of commodities, he maintained that the ordinance was approved in line with the recommendations made by the Centre based on a Model Act that was earlier circulated to the States.