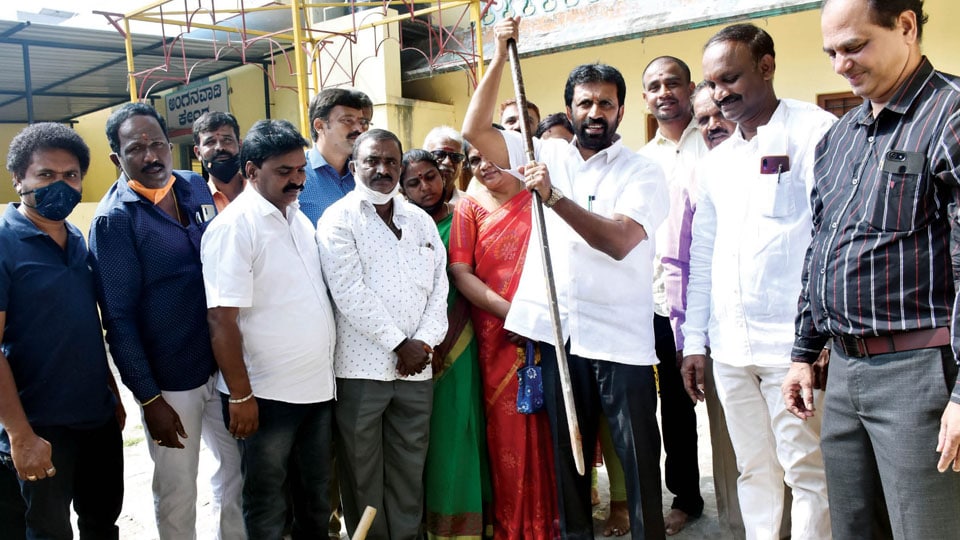 The other works that the MLA launched included development of Mariamma Temple on 3rd Main, Medar Block, costing Rs. 4 lakh, construction of Underground Drainages (UGDs) along Paramahamsa Road at Yadavagiri at a cost of Rs. 21 lakh and along first main road in Manjunathapura at a cost of Rs. 12.20 lakh.

Later speaking to press persons, Ramdas said that the asphalting works are being taken up by the MCC at a cost of  Rs. 35 lakh.

Pointing out that local residents had complained to him regarding the poor state of the road when he had undertaken ‘Yogakshema Yatra’ a couple of months ago, he said that asphalting has been taken up now in response to the complaint of residents.

Pointing out that a  KR Constituency Citizens Committee, comprising two representatives from each apartment, has been formed, he said that he will act if apartment residents bring the problems faced by them to his notice.