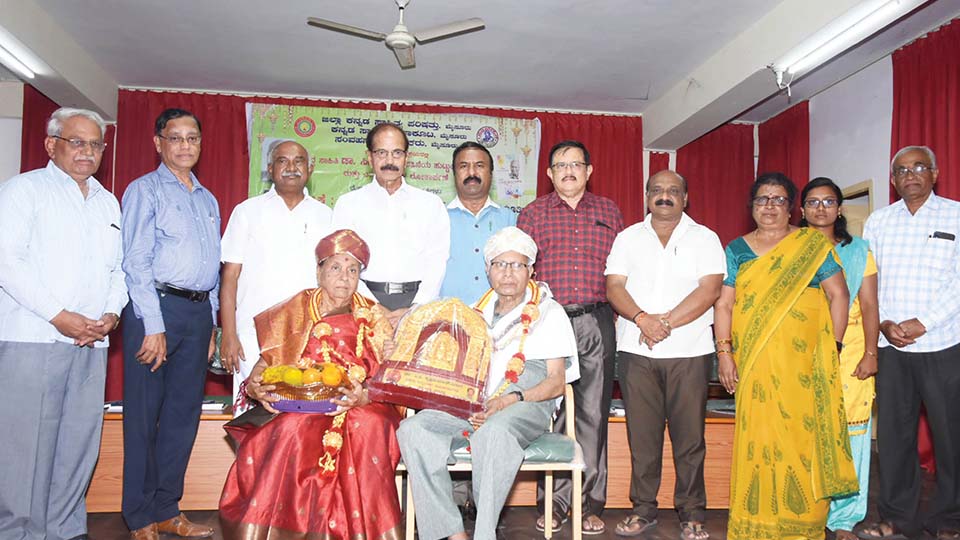 Pointing out that he has seen  Dr. CPK  and Prof. Dejagow since his student days, Vishwanath said that the two literary greats led the Kannada Movement from the front.

Noting that CPK is a simple and humble person, the MLC recalled that CPK wrote the foreword for his (Vishwanath) book ‘Mata Santhe’ which was completed just 15 days before the 2009 Lok Sabha polls.

Stressing on the need for promoting literature at all levels, he said that we are living in a democratic set up and as such, writers must write on politics and administration as well.

Stating that he has sought Rs. 50 lakh from the Government for political literature, where people’s representatives at all levels, right from a Gram Panchayat Member to a Lok Sabha Member, can pen down their experiences and welfare works, Vishwanath observed that writers command great respect in the society.

READ ALSO  Set up Study Chair in the name of K.H. Ramaiah