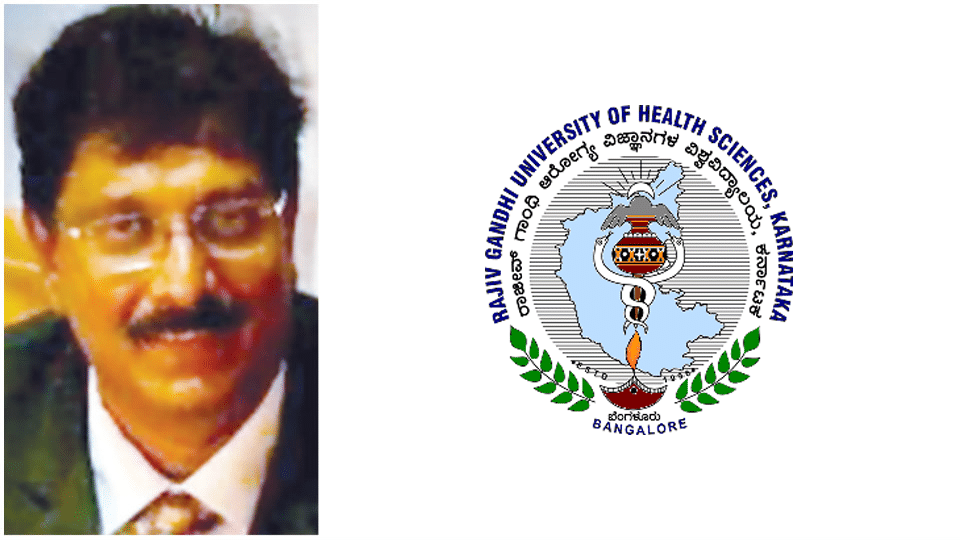 Mysuru: The Search Committee constituted to select the next Vice- Chancellor (VC) of Rajiv Gandhi University of Health Sciences (RGUHS) has shortlisted three names including that of Dr. B. Krishnamurthy (in pic.), Director and Dean of Mysore Medical College and Research Institute (MMC&RI).

Sources said that three days back, the names recommended by the Search Panel were submitted to the Principal Secretary of Medical Education Department who will in turn send it to Chief Minister Siddharamaiah for his approval.

The list will later be sent by the CM’s office to Governor-Chancellor Vajubhai R. Vala for his approval.

It was a daunting task for the Selection Committee to sift through names and resumes as there were over 58 aspirants for the RGUHS VC’s post, sources added. Dr. Krishnamurthy was the only applicant from Mysuru.

Dr. Krishnamurthy, who was also the Syndicate member of RGUHS from August 2014 to July 2015, is a Medical Council of India (MCI) Assessor since 2008 both for under-graduate and post-graduate courses.

He has been the MMC&RI Dean from February 2014 till date and has also served as the Medical Superintendent of Cheluvamba Hospital from September 2006 to February 2014.