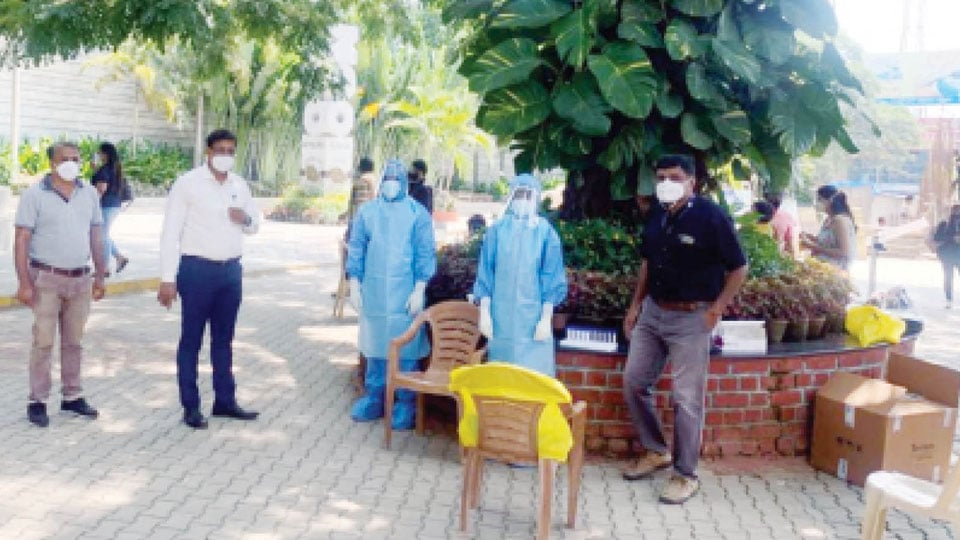 Dr. Mohammed Shiraz Ahmed, District Tuberculosis Officer (DTO) and in-Charge of COVID-19 testing and report preparation, told Star of Mysore this morning that each team consists of two lab technicians and two data entry operators. While two teams work in the morning shift, two teams work in afternoon. Since morning, 15 tourists underwent testing voluntarily. The team is ready for both RT-PCR and RAT. The symptomatic persons were advised to take RAT and asymptomatic tourists were told to  go for RT-PCR test.

He said team members were collecting details of tourists  who have undergone RT-PCR test so as to inform them about results in next two days. However, RAT results are given within 10-15 minutes.

Meanwhile, the tests continued at the Mysore Palace also. Today, 29 people underwent COVID test at Palace premises till we went to Press.