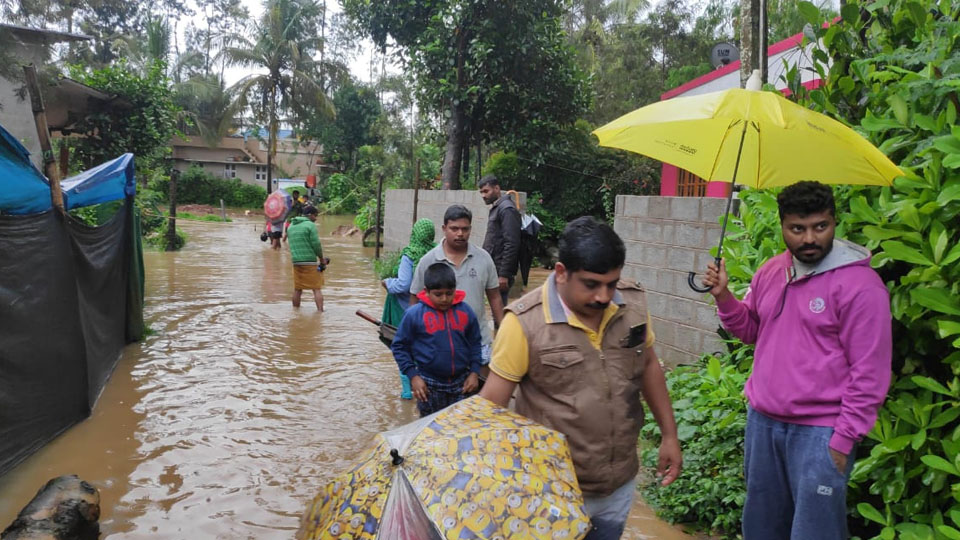 Madikeri/Mysuru:  Heavy rains and the resultant landslides have started taking its toll in Kodagu and Mysuru Districts. This morning, five people of two families died after an 80-feet hillock behind their house collapsed on their homes at Cherangala village in Kodagu.

In Hanagodu near Hunsur of Mysuru district, 35-year-old Ganesh was killed last night when the wall of his house came crashing on him while he was fast asleep at Veeranahosahalli tribal hamlet.

The landslip in Kodagu occurred at Cherangala near Bhagamandala that has been receiving heavy rainfall since last week. Kodagu Police said that Atthadi and Kalana families had their houses next to each other and there was a hillock just behind their house. Today morning at around 10.30 am, the hillock collapsed on the two houses.

The incident was reported to the Police by neighbours who heard a loud thud. They rushed out only to see a mound of debris covering the houses. According to neighbours, there were five people inside the house last night and more are likely to be trapped. The details will be known only after the debris is cleared. Bhagamandala Police have rushed to the spot and immediate relief was not possible as the road leading to the house is blocked and it is raining incessantly.