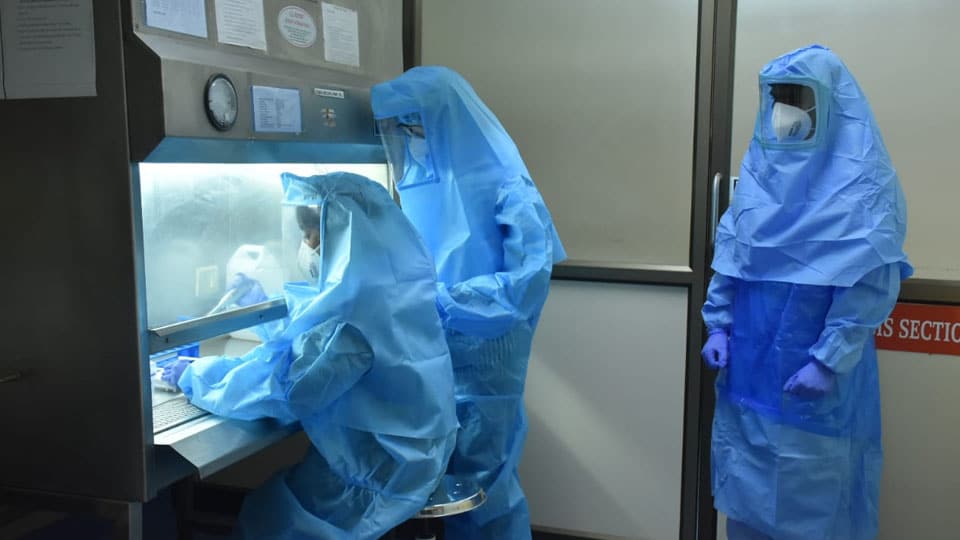 Mysore/Mysuru: “There is a need to establish more COVID testing centres in the district following increase in the number of COVID cases day-by-day,” said former Chamaraja MLA Vasu.

Addressing a press meet at a private hotel in city this morning, Vasu said that priority should be given to build confidence among the patients so that they could fight the virus bravely. Pointing out that K.R. Hospital, Cheluvamba Hospital and PKTB Sanatorium had successfully treated epidemic diseases during the times of the Maharajas, Vasu said that though there are more numbers of hospitals now, we cannot depend on private hospitals alone.

“We call healthcare workers as Corona Warriors. But what is the use if we do not equip the hospital and provide facilities to them?” he questioned and added that the COVID Hospital requires Lab Technicians and equipment such as X Ray machine and MRI Scanning machine among others so that Corona Warriors are well equipped to tackle anything.

Pointing out that the District Administration, under the leadership of Deputy Commissioner (DC) Abhiram G. Sankar has been working efficiently to prevent the spread of the deadly virus, Vasu said that the people were co-operating to help fight the virus. He called upon everyone to follow the rules and regulations imposed by the district administration to be safe.

READ ALSO  State Govt. to waive loans of farmers who lost their lives due to COVID-19