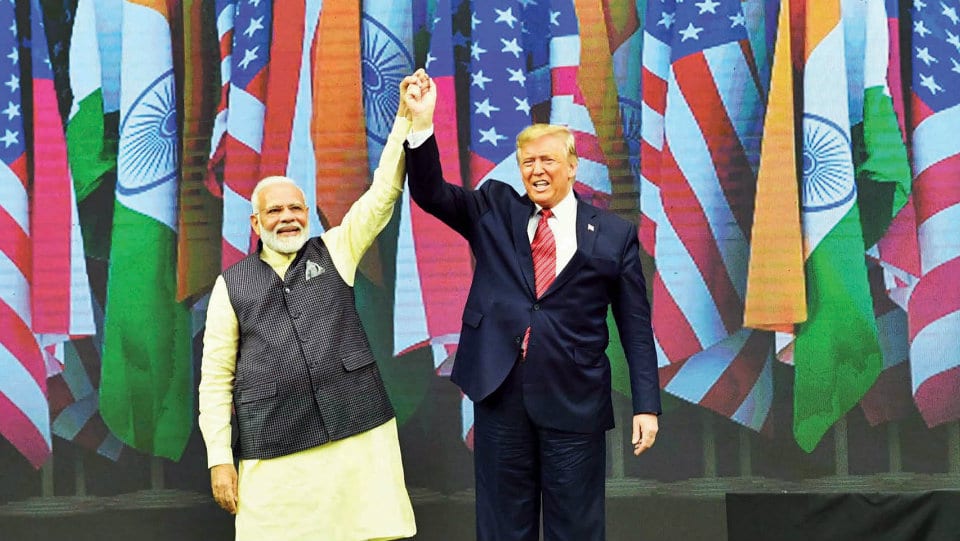 Trump, a political novice but with a business background, arrived on the American scene after Barack Obama, who despite his clean image, left a floundering economy. In the case of Narendra Modi, his predecessor, a world renowned Economist and ‘Honest’ Dr. Manmohan Singh, left the economy in tatters and national morale at the lowest.

Narendra Modi’s life is tempered by the political philosophy of patriotism and personal sacrifice. Trained under the RSS as a political wanderer, Narendra Modi has full personal experience and knowledge of the country’s socio-political nuances. His two-plus term successful Chief Ministership of Gujarat has given him hands-on experience of dealing with the exigencies of political administration. His emergence as a towering leader within the Party amidst the very senior Party leaders has been possible mainly because of the credibility he has established among the citizens by his honesty and sheer hard work.

National interest rather than political expediency has empowered him to implement very challenging policies like Demonetisation and Triple Talaq during his first term in the office. The very fact that citizens re-elected his Party with a majority of its own in the Lok Sabha, despite travails of Demonetisation, is a testimony to his stature in the Indian politics. His commitment to national cause is amply exemplified by his decision to abolish Article 370 and amend Citizenship Act within couple of months to his second term. If only our earlier leaders had shown similar national mindedness, our country would not have gone through difficulties it has.

At a time when the socio-political fault-lines are trying to occupy the centre-stage, it is country’s good fortune that we have a Union Government with full-fledged majority of its own and more importantly we have a leader in Narendra Modi for whom national interests are paramount.