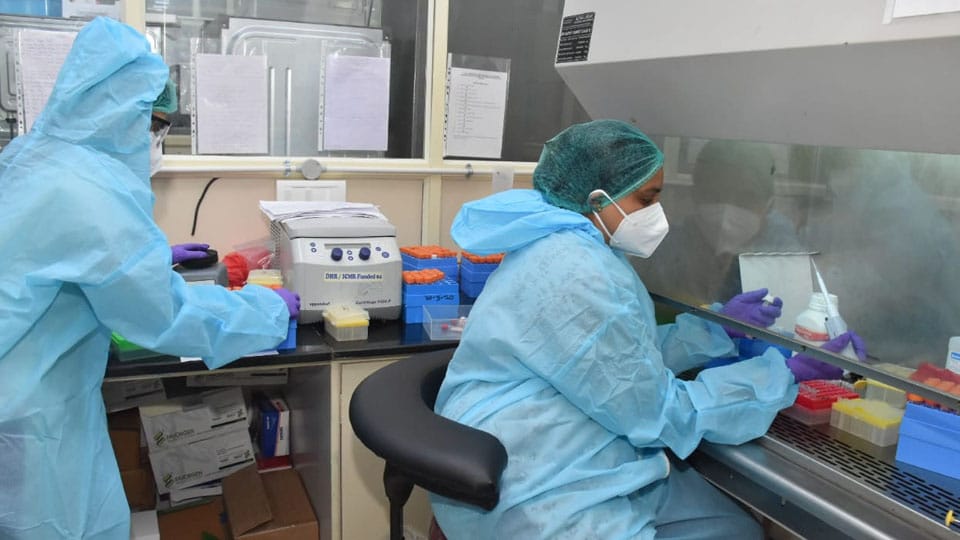 Dubai: More than 20,000 Coronavirus tests will be carried out during the virus-hit Indian Premier League (IPL), the Twenty20 tournament’s medical partner said yesterday.

The world’s richest cricket league, starting on Sept. 19, is being held at United Arab Emirates (UAE) this year because of the pandemic and likely with no spectators.

Most of the 200 players from the eight teams arrived last month and spent six days in isolation in their hotel rooms. They were tested for the Coronavirus on their arrival and then again two days later. After a final test two days later, they moved into a secure “bio-bubble.”

The same rules apply for support staff, match umpires, officials of the Board of Control for Cricket in India (BCCI) and others, who together number several hundreds.

VPS Healthcare, the tournament’s Abu Dhabi-based official medical partner, said on Wednesday that 3,500 tests have been done so far. “During the course of the tournament, we will be conducting over 20,000 tests,” a spokesman told.

“The movement of players and other officials of the IPL are strictly restricted between the hotel and the stadium,” the spokesman said.

The organisers got off to a rocky start soon after the teams landed in the UAE last month with two players and 11 officials and staff from the Chennai Super Kings (CSK) testing positive.

Two Chennai players including senior batsman Suresh Raina and veteran spinner Harbhajan Singh have opted out due to “personal reasons.”

The tournament kicks off with CSK taking on defending champions Mumbai Indians in Abu Dhabi.

Deepak Chahar back in training for CSK

Deepak Chahar, one of the two Chennai Super Kings (CSK) players who had tested positive for Coronavirus, has cleared two further COVID-19 tests and is back in the fold for the three-time IPL Champions, team CEO Kasi Viswanathan said on Wednesday.

“Except for the Indian batsman, who is in quarantine, all others have come out. The Indian fast bowler has tested negative twice and is back,” he told. The team also put out a picture of the India seamer in training, with a cheeky caption: “Deeback Chahar!”