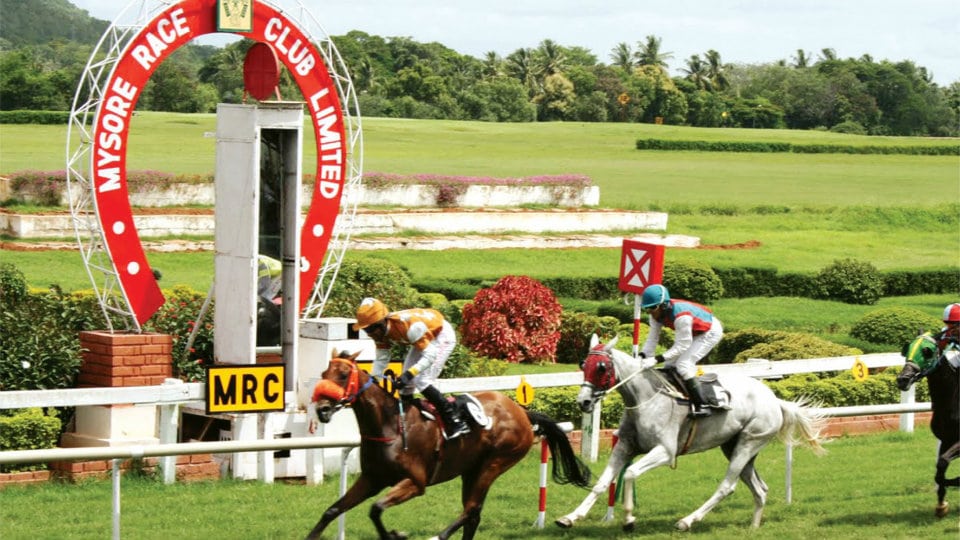 Case posted for hearing on Apr. 15

Bengaluru: The Karnataka High Court (HC) has granted a week’s time for the State Government to decide on the leased out 139.39 acres of land owned by Public Works Department (PWD) in Survey No. 4 and 74 at Kurubarahalli in Mysuru to the Mysore Race Club (MRC). Expressing displeasure over the way how time has been sought on the issue, the HC gave the Government a final chance on the issue.

Advocate General of Karnataka Prabhuling K. Navadagi told the Court yesterday that the Government was re-examining the possibilities of taking back the land leased out to the MRC and to take an official position, the Government needed more time.

To this, the High Court Bench said that when the matter came up for hearing on Mar. 30, a week’s time was granted so that a final decision could be taken. The Bench pointed out that before the Mar. 30 hearing it had asked the submission of file noting and all the other relevant documents that enabled the State Cabinet to take a decision on extending the lease with retrospective effect from July 1, 2016 till July 31, 2046 on a rent of merely 2 percent gross annual income of MRC.

The Bench questioned the Advocate General on the time limit and also took objection to the persistent demand of time by the Government to settle the issue and report to the Court on what measures have been initiated following the Court observations.