Home » Feature Articles » How much did you get in Board exams? 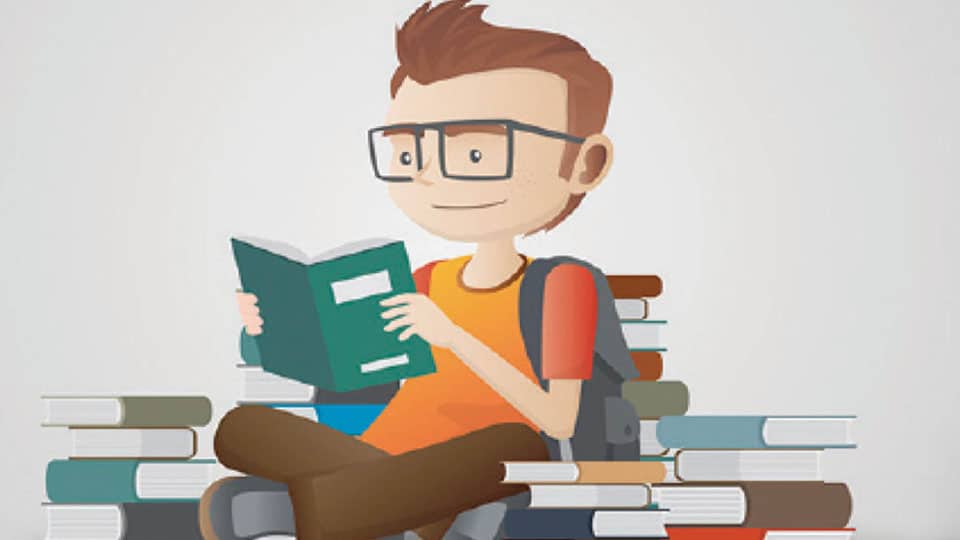 How much did you get in Board exams?

94%, 96%, 99%, 99.2%… it’s raining marks. Anyone getting below 92%? Go hide yourself somewhere. Don’t show your face, the least of all on Facebook. Being a mother of two ‘Suns,’ I know, it is every parent’s wish that their child excels in Boards. His whole career depends on that bloody marks in 12th.  My boys studied hard but they could manage only 80s. At least, some saving grace. Anything below would have been disastrous. I didn’t post their pictures on social media. What will people say, only 80.2% and the mother is flaunting as if he has topped the nation but with their average marks at least I had a face in front of my kitty party friends.

This is that time of the year when students reap the fruit of their labour. This is also the time when dreams bloom like flowers and hopes crash. The internet is breaking with pictures of ‘bright’ students whose marks in Board exams are more than double their weight. It is only natural for the parents to share the joy with their friends. Obviously there are no pictures of the rest who are a failure because of others’ success.

What should I post? My son has got a third division and stick a weeping emoticon.

Fathers are fuming, mothers are cursing their fates, introspecting where they went wrong in parenting. They sent their children to elite schools, spent a bomb on coaching, police the kids, lent emotional support, burnt midnight oil literally, blah blah. A few mothers even took a break from their own careers to support the 12th std. son/daughter but all in vain. If the child couldn’t even score 90% then everything has gone down the drain. Waste, waste, waste…

Who doesn’t want 98%? But most of us don’t get in spite of putting in long hours, excellent preparation, eating handful of almonds every morning and everything else that it takes to crack the Boards. Blame it on luck, destiny, genes, lack of concentration, average intelligence, no hard work, too many distractions and WhatsApp. But let’s face it head on — how much ever the parents try, every child can’t get 90%, either s/he doesn’t have the capability, too distracted or not academically inclined. In today’s high-pressure world, we judge a parent by the marks her/his child gets but agree or not, it’s not a mean feat to score such high marks.

I have a cousin named Rekha who had been a gold medalist throughout her student life. Whenever my father returned from their house, we knew it’s trouble for us sisters as he would compare his useless daughters to the hard working, bright, intelligent Rekha.

‘Look at Rekha, she is studying all the time and you people!’

Needless to say we detested our cousin’s visits to our house and our father’s visits to theirs’. Three decades later, we three sisters all are well placed, successful in our own careers in our own small and big ways, contented in our own lives. Rekha too is working in a company at a mid-manager level position. This piece is not to undermine the importance of academics. For Indian middle class, good education is the only weapon with which they can dare to conquer the world but poor performance in 10th or 12th is not the end of the road.

Doesn’t matter if the child missed the seat in a prestigious college, doesn’t matter if he can’t be an engineer or a doctor. At 18, the life is just beginning to offer options. Our children are lucky to be born in current times; the choices in career are aplenty.

Along with the pictures of toppers, I also came across another two pictures on Facebook. One was a post by a mother whose daughter I know had committed suicide four-five years ago after failing to get a rank in CET. In her suicide note, the girl had scribbled, ‘Sorry Mom, I failed you.’ Even if the parents don’t voice it overtly, the children are smart enough to know the expectations. How the mother desperately wished her daughter were alive! Engineer, mechanic, nurse or stenographer, it doesn’t matter, the child’s very being is the only thing that matters. The second picture was of a family — parents with two differently-abled young boys. The family looked happy and contented.  The children were sitting on wheel chairs. ‘My precious babies,’ the mother had said in her post.

Isn’t it a blessing that your child has a sound mind and healthy body?

So what if s/he couldn’t get distinction, he would still find his calling, the way everyone does. Every child is born with a gift. The only difference is, for some the gift is obvious but for the rest it is hidden. It is for the parents to help the child unearth the talent. The only thing parents can pass it on to their children are values.

Give them good values and the rest they will manage on their own. Now go and post the picture of son/ daughter even if s/he has failed you.

exams Sujata Rajpal
Bengaluru gets ‘Namma 100’ emergency line
My encounter with a Beefeater !