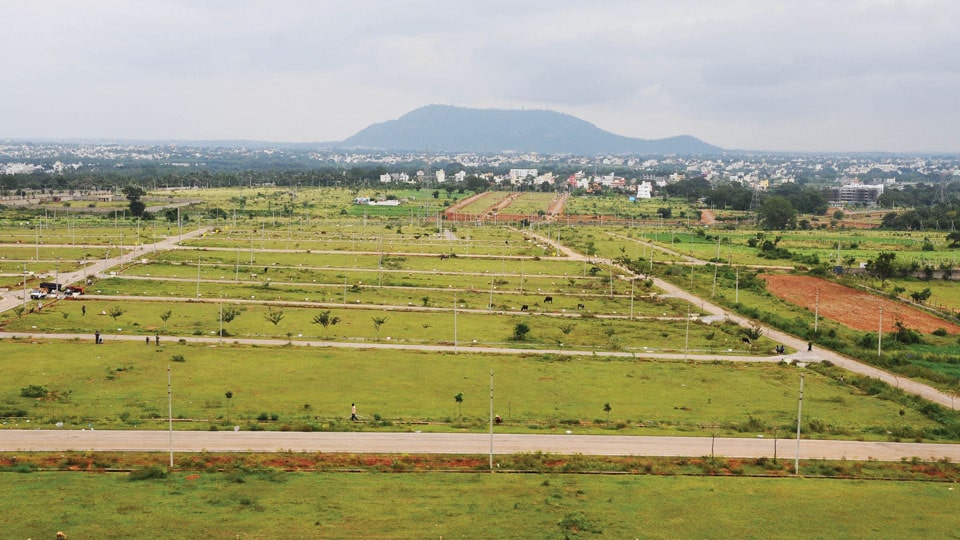 Bengaluru: More than one lakh people are waiting for a site from the Mysuru Urban Development Authority (MUDA) since 1990 and even as the numbers grow, thousands of developed sites have remained unallotted for reasons best known to MUDA.

Distribution of sites for the people who do not have their own houses is MUDA’s primary responsibility and questions are now being asked about MUDA’s accountability. According to Urban Development Minister Byrathi Basavaraj’s own admission, over 13,000 MUDA sites have not been allotted   over the years.

Speaking to reporters in Bengaluru yesterday, the Minister made a startling disclosure that the value of the unallotted sites amounts to more than Rs. 5,000 crore. “We have unearthed this huge lapse and at the same time, we have also discovered land that extends more than 300 acres that have already been acquired by MUDA but forgotten,” the Minister said.

MUDA has constructed various layouts after acquiring land from land owners over the years. “But successive officers and elected representatives who were at the helm in MUDA forgot about the land and a proper land audit was not done. The Government has now asked MUDA to file a detailed report of such land and also the details of unallotted sites,” he said.

“Using the land, we will undertake many development works within MUDA jurisdiction and also effectively use the money generated from allotment to provide drinking water facilities in Mysuru,”  the Minister added.

“We are also launching a group-housing project in Mysuru and the sites will be marketed through auctions and the money accrued will be used for development works. At the same time, steps will be taken to create new layouts with the already acquired lands,” he added.

Like MUDA, many other urban development authorities in Karnataka have not allotted sites despite acquiring land. The Government is thinking to ask those authorities to sell at least a fraction of the unallotted lands so that it can generate revenue and at the same time, at least some people can get sites, the Minister added.

Basavaraj said that unless farmers and landowners hand over their land to MUDA and other urban development bodies, it is impossible to form new layouts. “All the landowners would be compensated with 50 percent of the layout. If 100 sites are developed in one particular piece of land, the landowner automatically gets 50 sites,” he said.

It may be mentioned here that in 2020, MUDA embarked on a project to audit the land it had acquired since the late 1960s. The audit was to be done based on survey numbers where officers assessed if the entire acquired land is utilised for layouts and how many sites were formed, whether portions of land are left out and vacant lands are still available.