Home » News » Multi-level Basement Parking in Town Hall to be completed by Dasara ? 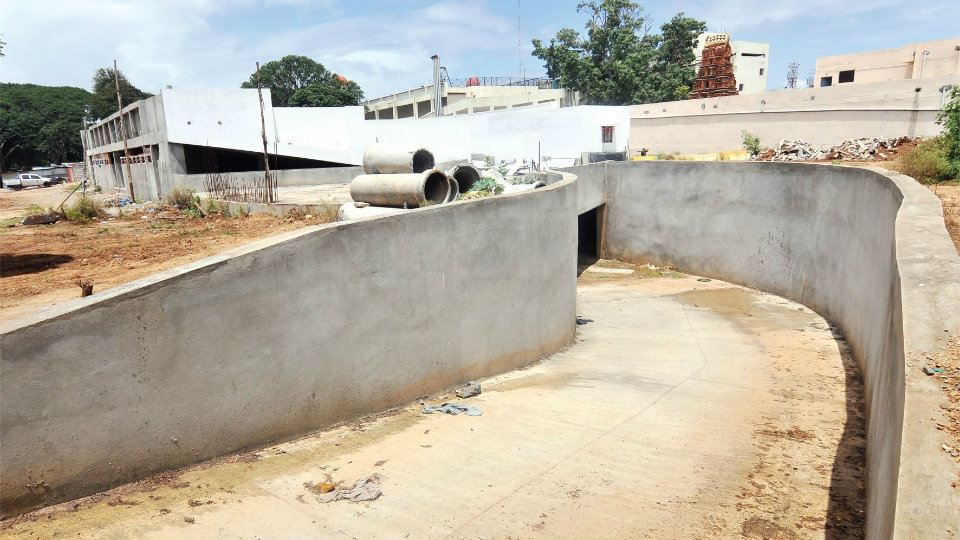 Multi-level Basement Parking in Town Hall to be completed by Dasara ?

Mysuru: To ease parking problem in the Central Business District (CBD), the Mysuru City Corporation had come up with an idea of constructing a parking lot in the Town Hall premises. Thus, the serene atmosphere of the place, which is now in an ugly mess, was destroyed.

The work of constructing the multi-level basement parking began on April 29, 2011 at an estimated cost of Rs. 18.28 crore. The work was to be completed within a year by April, 2012. 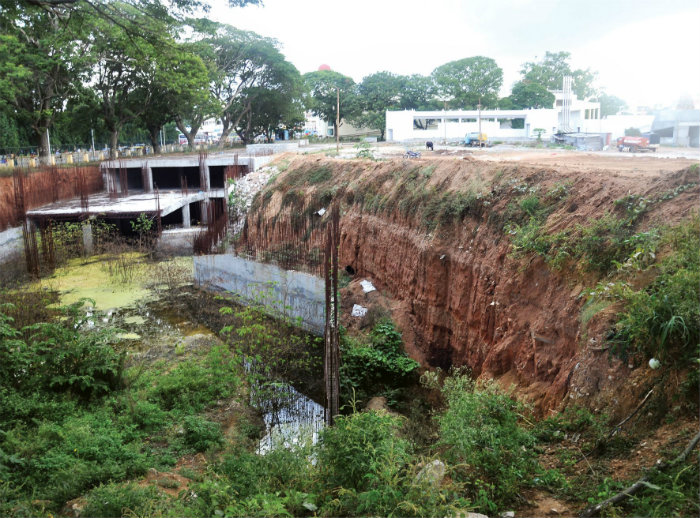 The work at the entry point to parking lot is stalled.

However, the contractor Chabbra Associates, Secunderabad, who bagged the contract had missed several deadlines. So far, works worth Rs. 10.86 crore has been completed. Meanwhile, as the contractor failed to complete the project in spite of many missed deadlines, the company was blacklisted about two years ago and the work came to a standstill.

The incomplete work is likely to be completed as the re-tendering process is over and the provisional opening will be held before Dasara begins this year, said the sources in MCC to SOM. 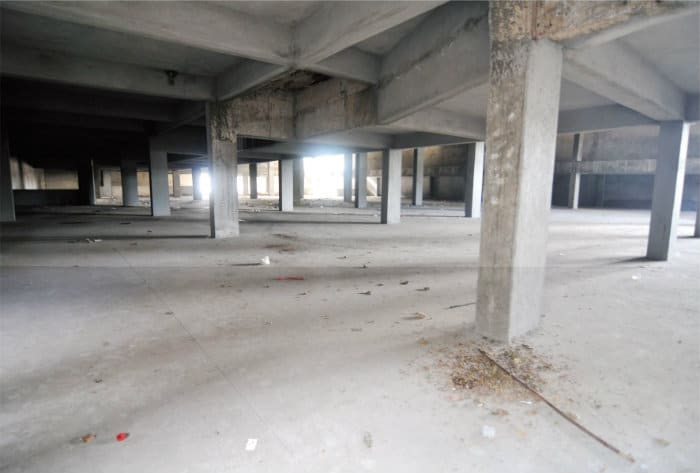 The multi-level basement parking getting ready at Town Hall premises.

Out of the 6,000 sq. mtr roof, 4,980 sq.mtr work has been completed. In all, there are 202 column and the work on six column is yet to begin. However, one more part of the foundation is still to be excavated. The work on nearly 400 metres of the retaining wall of the 460 metres has been completed.

The whole place is in a mess as there is lot of rubble lying around the Town Hall premises. The clearing of the rubble is going on and the source said that action is being taken by Mayor M.J. Ravikumar and MCC Commissioner G. Jagadeesha to speed up the work.

The clearance of boulders, stones and other materials that have piled up is also going on at a brisk pace. The entry and exit to parking lot are also being readied. The entry is from the main entrance to Town Hall, while the exit leads to Gandhi Square side. Nearly 700 cars and 500 two-wheelers can be parked once the work is completed. 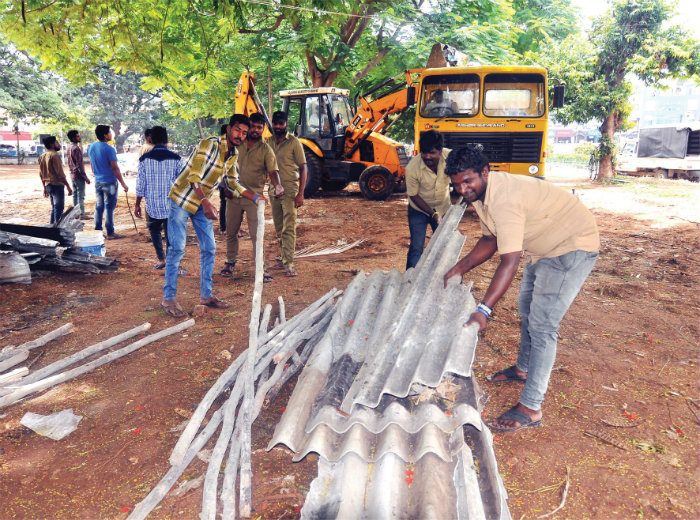 The rubble being removed from the Town Hall premises.

The work on the amphitheatre that is coming up above the basement parking and the stage where political rallies and other functions will be held, is also  going on.

However, the question uppermost in the minds of the people is, will the MCC be able to meet the deadline this time and ease the parking woes during Dasara, or will it miss the deadline again as it has done in the case of the much-touted Raja Marga which saw shoddy work and missing deadlines?