Home » Dasara 2017 » Dasara will be a perfect blend of simplicity, grandeur: CM 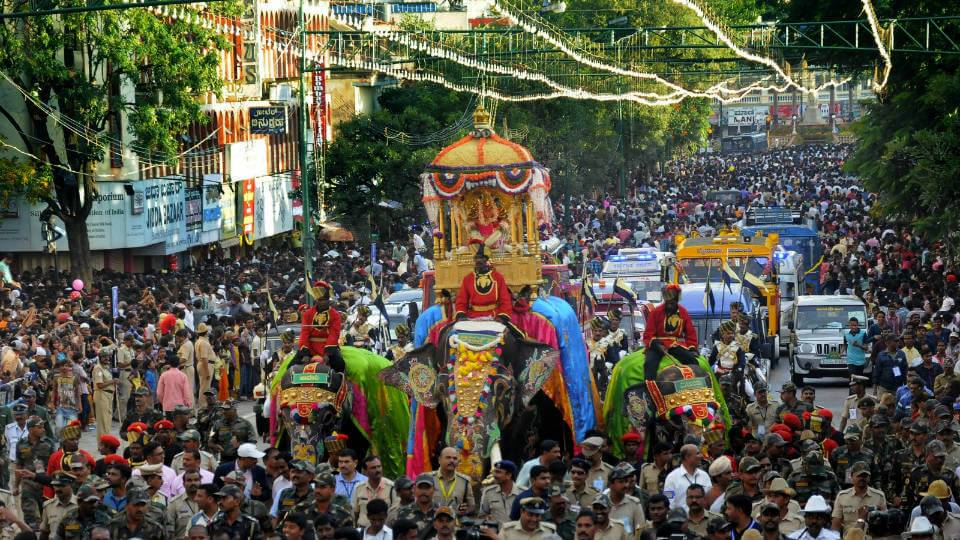 Dasara will be a perfect blend of simplicity, grandeur: CM

Bengaluru: The world famous Mysuru Dasara will be celebrated with much fanfare from Sept. 21 to 30 despite uncertainty of monsoon being normal in Karnataka this season, Chief Minister Siddharamaiah said yesterday. Speaking to reporters, he said though the early monsoon was tardy, it was expected to bring sufficient rain to farmers lead a normal life. However, the Government will stand with them.

After chairing a Dasara High-Power Committee meeting at the third floor of Vidhana Soudha yesterday, the CM said, “We are suffering under drought conditions and rain Gods will prevail this year even if the early rains has failed. The State festival Dasara will go on with fanfare and people of the State will enjoy it. The festival will be a perfect blend of simplicity and grandeur,” he said.

The Government has earmarked Rs. 15 crore for the celebrations, compared to previous year’s allocation of Rs. 13.5 crore. Efforts will be made to attract tourists from across the globe, the CM said.

Dasara will be inaugurated on Sept. 21 at 9.15 am atop Chamundi Hill and Jumboo Savari will be held on Sept. 30. This year, Sept. 19 and 20 will be Mahalaya Amavasya and Navaratri will begin on Sept. 21.

Vijayadashami will be celebrated on Sept. 30 and the Jumboo Savari will be signalled with a ceremonial puja to Nandidwaja. At 3.15 pm, the CM will perform puja to Goddess Sri Chamundeshwari whose idol will be placed inside the 750-kg Golden Howdah that will be carried by elephant Arjuna.

The stretch of road between Mysore Palace and Bannimantap, where Jumboo Savari passes, has already been re-laid with concrete. Directions have been issued to the officials to develop all major roads in Mysuru by September. The Government will release Rs. 10 crore for this purpose, the CM said.

Siddharamaiah said that various Committees will be formed for smooth conduct of the festivities. Mysuru District in-Charge Minister Dr. H.C. Mahadevappa will be the head of Dasara Festivities Committee and Primary and Secondary Education Minister Tanveer Sait will be its Vice-President. Tourism Minister Priyank Kharge will be head of the Publicity Committee and Kannada and Culture Minister Umashree will be the Member. 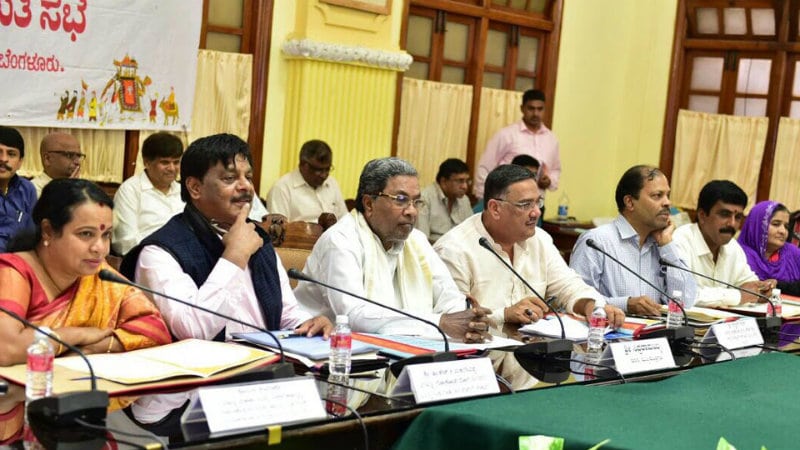 Around 20 Departments of the Government will set up stalls, projecting their achievements. The Tourism Department has been entrusted with the responsibility of publicising the event. Road shows will be conducted in London, Paris, Bangkok and Singapore in order to attract tourists. Steps will be taken to sell tickets for viewing Jumboo Savari and Torch Light parade online, he added.

The Chief Minister said that he will look into a demand to exempt entry tax for tourist vehicles during Dasara. As part of Dasara, this time, the State Government will celebrate World Tourism Day in Mysuru on September 27 and many programmes will be launched to attract tourists, the CM said.

Guest’s name in a week

The Dasara High-Power Committee meeting has authorised Chief Minister Siddharamaiah to decide who should inaugurate Dasara. A decision in this regard will be taken in a week’s time. On the chief guest, CM Siddharamaiah said 10 personalities have been short-listed and one among them would be finalised. Officials from the Kannada and Culture Department have prepared a list of 10 personalities who have made notable contribution in the field of literature, art, culture, sports, science and social service.