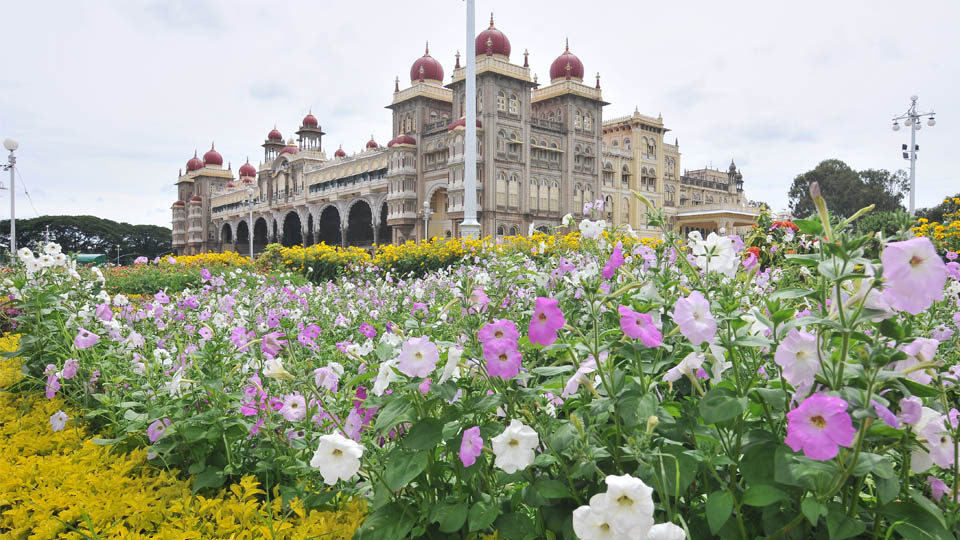 Mysuru: The iconic century-old Mysore Palace will soon get a full-fledged and fool-proof fire management system and a Technical Committee has been formed to look into the existing fire safety equipment and recommend purchase of new and advanced fire handling and control machinery.

The Palace is a monument of national importance frequented by over three-and-a-half-million tourists annually.

The Committee has been formed by Deputy Commissioner D. Randeep, who is also the Executive Officer of the Mysore Palace Board. The Committee will be headed by Superintending Engineer of CESC and has been formed based on the recommendations of K.T. Gururaj, Chief Fire Officer, Department of Fire and Emergency Services, Mysuru region.

Assistant Executive Engineer of Palace Board will function as Member-Secretary.

As per DC’s instructions, the Committee will meet from time to time and take safety measures as recommended by the Chief Fire Officer and give technical directions/ suggestions to purchase equipment under Karnataka Transparency in Public Procurements Act. The Committee will also recommend precautionary measures and other safety steps regarding construction works. It will also conduct spot inspections while safety equipment are installed and ensure that they function efficiently.

Based on DC’s instructions, the Chief Fire Officer had inspected the Palace premises on May 16 this year following a fire near the entry ticket counter on May 12. The inferno damaged the guard room and an ATM kiosk. Later, it was discovered that the fire was caused due to electrical short circuit and the ticket counter on the right side of the main entrance adjoining the Ganapathi Temple was badly damaged.

READ ALSO  Sound and Light Show at Palace from Mar.15

Sources said that in his recommendations, the Chief Fire Officer had expressed concern over lack of any fire extinguishing equipment at the Palace to handle emergencies. The Officer had found the wiring system adopted for illumination was outdated and improperly insulated at several places. Hence he has recommended rewiring and installation of smoke and fire detector systems.

The Officer has also recommended installation of automatic smoke detector systems at all sections where paintings and other antiques are displayed.