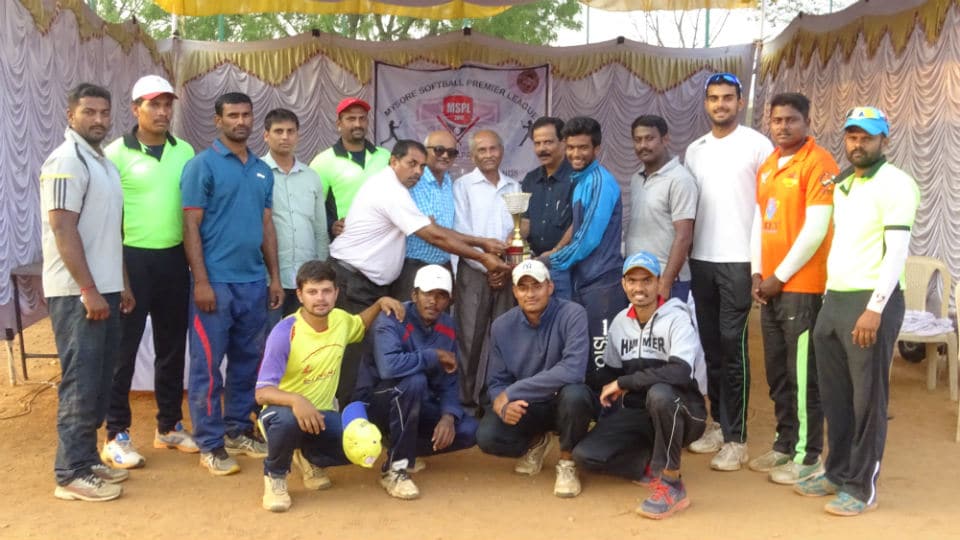 Stealing Super Giants softball team playing a superlative game outclassed Homer Hurricanes in the final of the men’s section by 20-10 and a innings and clinched the inaugural Mysore Premier League men’s title, while ATME women’s team won the women’s title in the two-day tournament which concluded yesterday at the University Grounds. 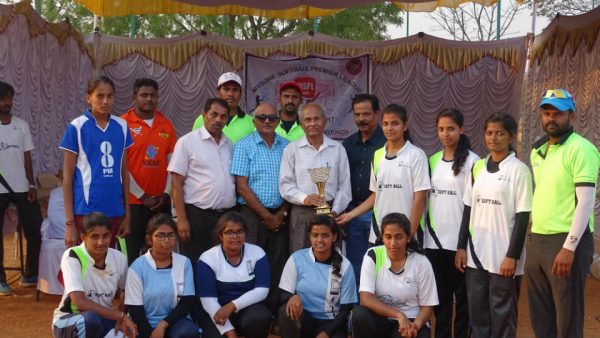 The winners in the men’s section were walked away with a cash prize of Rs.6,000 with a trophy while the runners-up secured  were given Rs.4,000 and a trophy.

The prizes to the winners were given away by Prof. Seshanna, Retired Principal, UCPE. Shankaranarayana, Huchagoundar, Venkat Rao were the other guests present on the occasion.

Special prizes were given to the following: