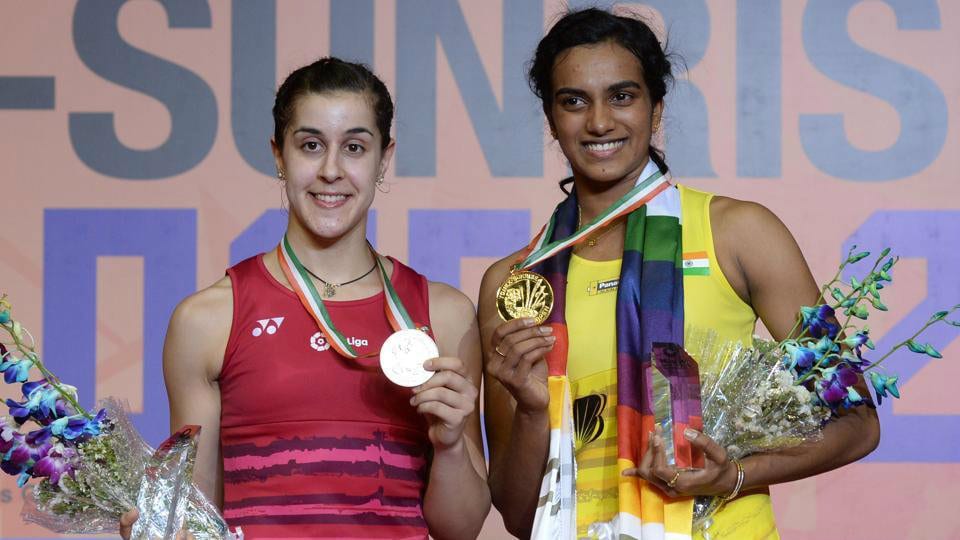 It was sweet revenge for Sindhu who lost the 2016 Rio Olympics final to Marin but got the better of the top seed in front of the home crowd at the Siri Fort Complex in the capital. This is Sindhu’s second super series victory after winning the China Open title in 2016.

The start of the first game was all about Sindhu as Marin sent down a barrage of unforced errors, much to the delight of the home support. Sindhu raced away to a 6-1 lead in no time and the entire arena was supporting Sindhu.

But that is when Marin got hold of her game and started to make a comeback into the match. The Spaniard went on a good streak and won three successive points to even up the contest after taking early blows.

However, in-form Sindhu was taking none of it, and continued her onslaught to take an 11-7 lead into the first break. Sindhu’s base line play was at its best and Marin had no answers to the world number five’s swift movements.

But the momentum shifted post-break as Marin started to dominate the proceedings. The top-seed caught up with Sindhu’s lead and took a 19-18 lead herself.

Just when everything seemed to be against Sindhu, the fourth-seed made a stunning comeback and came up with two booming smashes to take home the first game 21-19. Marin was left stunned as it was she who was in pole position to take the first game.

The second game started in the same vein as the first, with Sindhu racing away to a 4-0 lead. Marin tried hard to claw her way back into the match but Sindhu remained a step ahead of the Spaniard in every aspect of the game.

Sindhu managed to win most of the long rallies and that disheartened Marin, who was already feeling let down by numerous unforced errors.

Sindhu opened a five point advantage right at the business end of the match, by leading the second game 18-13. It was just a matter of time from there as Sindhu went onto close the second game 21-16 and avenge the heartbreaking loss of the Olympics in spectacular style at home.