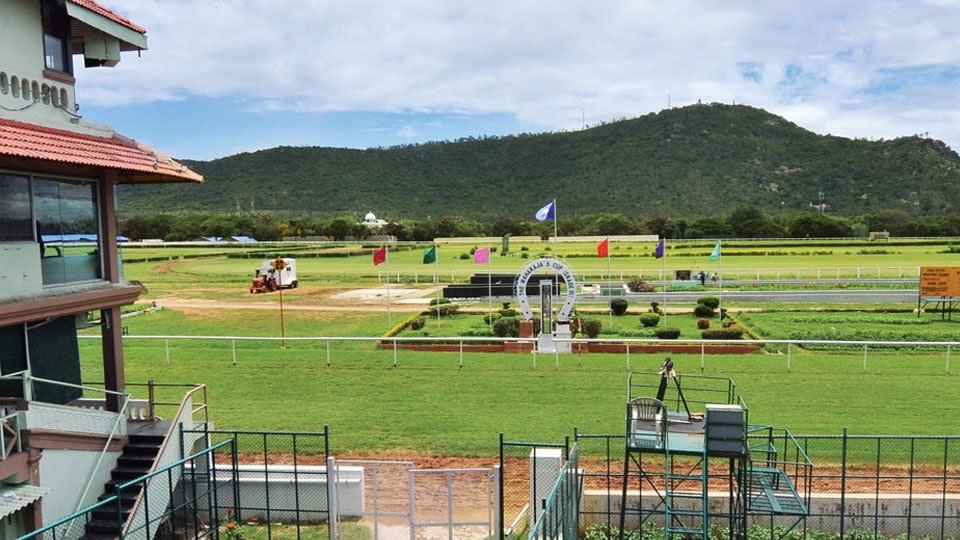 Mysuru: After years of uncertainty and controversies, the State Government has finally renewed the lease of Mysore Race Club for 30 years. This was informed to Star of Mysore by the President of Leasing Committee of MRC and Steward L. Vivekananda.

Vivekananda said that the Government has renewed the lease for 30 years after hectic parleys between the Government and the Leasing Committee. “We have held 10 to12 meetings with the Government authorities regarding lease renewal and apart from officers, Tourism Minister S.R. Mahesh and Mysuru District Minister G.T. Devegowda were also present during the discussions,” he said.

Minister S.R. Mahesh had initially opposed to the racing activities in the lush green 139.30-acre Race Course land that was leased out to the MRC by the Public Works Department. Instead, there were plans to build a Botanical Garden and a Bird Park after taking over the land from the MRC.

“We convinced the Ministers and the Government and explained our position and activities. Ultimately, in the interest of tourism, Minister Mahesh and Government authorities agreed to renew the lease and all of them cooperated for the lease renewal,” Vivek disclosed.

“Mysuru District Minister G.T. Devegowda had backed the MRC on the lease renewal and had supported our cause since beginning and he had been insisting in all our meetings with the Government that the lease must be renewed for 30 years keeping the best interests of tourism in mind. He had been saying that racing activity would put Mysuru in the international tourism map as racing is considered as the ‘king of sports’ and renewing the lease would benefit Mysuru,” he said.

Sources said that in spite of some voices being heard at the meeting against the renewal of the lease, PWD Minister H.D. Revanna stood firm in his decision and said that the renewal of the lease will be an advantage to Mysuru. The presence of MRC within the city will be advantageous not only to the punters and stakeholders but also to the Government which can generate revenue in the form of taxes and other remittances, Revanna opined, sources added.

The renewal of lease for 30 years also supports the MRC’s social cause as it has been serving the people of the city through many initiatives including MRC Eye Hospital, Vivek said and added that with the cooperation of Ministers and officials, the lease has been renewed and MRC was thankful to them.

It may be recalled here that in June this year, the Karnataka High Court had directed the State Government to consider the representation for renewal of leased property of MRC in the next three months. The Court had also directed the State to not dispose the MRC property till the disposal of the petition.

On Mar.28, 1996, a lease deed was entered into between MRC and the State to conduct horse races for a period of 20 years. The original lease period commenced from 1976. Since the lease period was expiring on Mar.31, 2016, the MRC submitted a representation dated Feb.5, 2016, seeking renewal of lease.

Following this, a letter dated Apr.6, 2016 was issued by PWD granting temporary permission to carry out Club activities up to three months. MRC had paid Property Tax for 2016-17 and had also paid licence fee for conducting races between September and November, 2016. Accordingly, permission was granted by the authorities. With lease period expiring, MRC had remitted the lease rent for the period Apr.1, 2016 to Mar.31, 2017 as it had expected renewal of lease. But instead, PWD issued a show-cause notice alleging poor maintenance.

READ ALSO  Please do this first... then think of MRC

The PWD had directed MRC to stop all racing activities and handover the property to the Dept. and this move was questioned by the MRC in the High Court. Following this, the Court had stayed the PWD show-cause notice and had asked the Government to sort out the issue in the next three months.