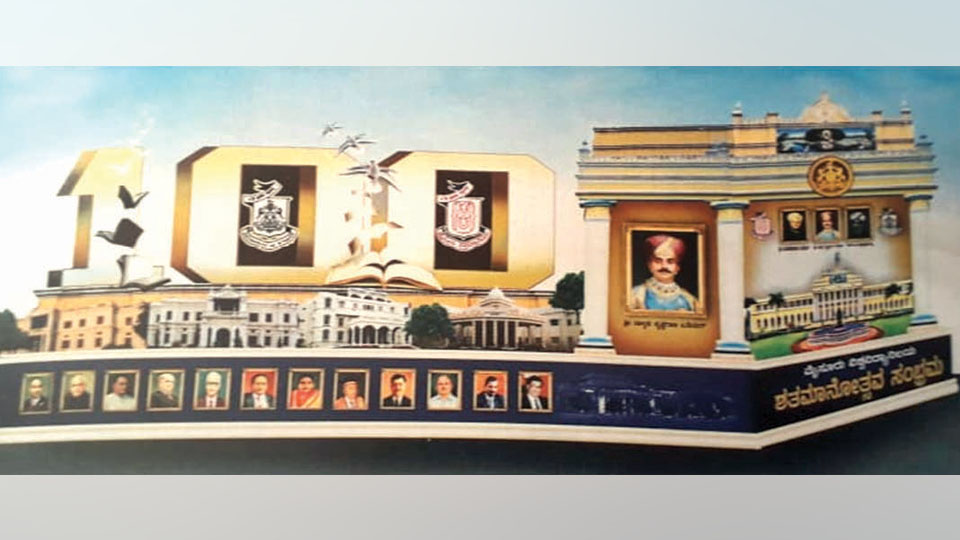 The decision to participate was taken at a special meeting of the Centenary Celebrations Committee, chaired by the then Vice-Chancellor Prof. K.S. Rangappa. The tableau, depicting the founder of the University Nalwadi Krishnaraja Wadiyar, the last ruler of Mysore Sri Jayachamarajendra Wadiyar, the three Bharat Ratnas — Sir M. Visvesvaraya, Dr. S. Radhakrishnan, Prof. C.N.R. Rao — two Jnanpith awardees — Kuvempu and Prof. U.R. Ananthamurthy — as also all the VCs from its inception were all there.

It also had the majestic Crawford Hall and a few other buildings above which the numbers 100 in bold and an open book with birds flying symbolising knowledge were all included.