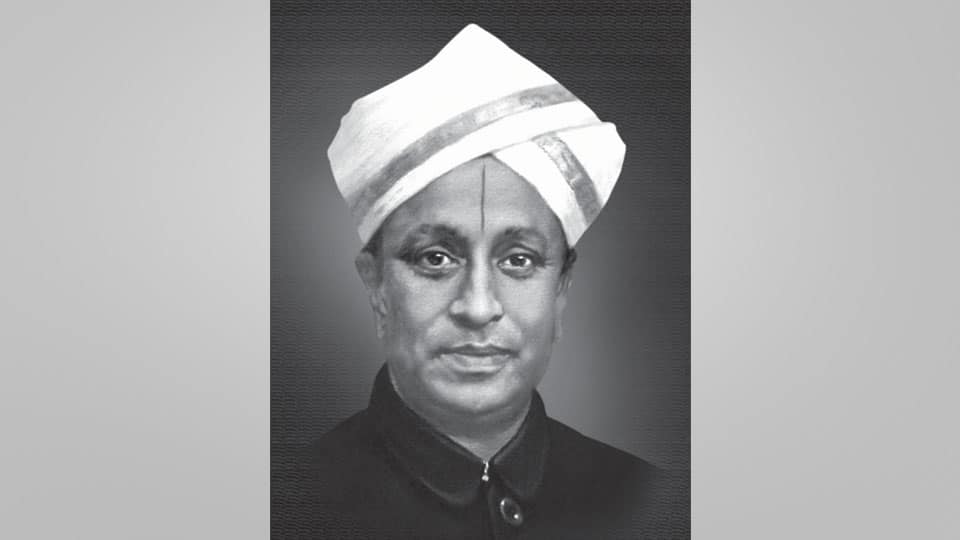 His discoveries of ‘Halmidi Inscription’ (what was then the oldest known Kannada Inscription – 350 A. D.), of the site of lost Mauryan city of ‘Isila’ near Brahmagiri, of Shivaji’s father’s (Shahaji’s) forgotten tomb and his years as Director of the Mysore Archaeological Department where he was responsible for cataloguing nearly two thousand inscriptions is by any yardstick truly substantial. He was single-handedly responsible for laying down the foundations for substantial archaeological fieldwork in the Old Mysore State. He is the eminent Archaeologist, Historian, Indologist and Epigraphist  Dr. Mysore Hatti Krishna Iyengar or Dr. M. H. Krishna in short. Now read on…

Mysore Hatti Krishna (Iyengar) was born in Mysore on 19th August 1892 to parents Ranga Iyengar and Lakshmamma. His father was a Sanskrit scholar and teacher to Nalwadi Krishnaraja Wadiyar during the Maharaja’s younger years. Ranga Iyengar was Chief of Treasury at the Palace. They hailed from Kalale village in Nanjangud. The couple had five boys and M. H. Krishna was the second of these five children.

Krishna had his schooling at Jayacharya Patashala and later at the Wesleyan Mission High School, where he was a contemporary of Masti Venkatesh Iyengar. He joined Maharaja’s College in 1911 to do his B. A. degree. He was a classmate of noted Kannada writer Talukina Venkannaiah. After his B.A., he worked as a teacher in the Mysore State Education Department. He was appointed as a Lecturer in the University History Department in 1916. He took his Master’s Degree from Madras University in 1917 and he was made a member of The Royal Asiatic Society, London in 1919. 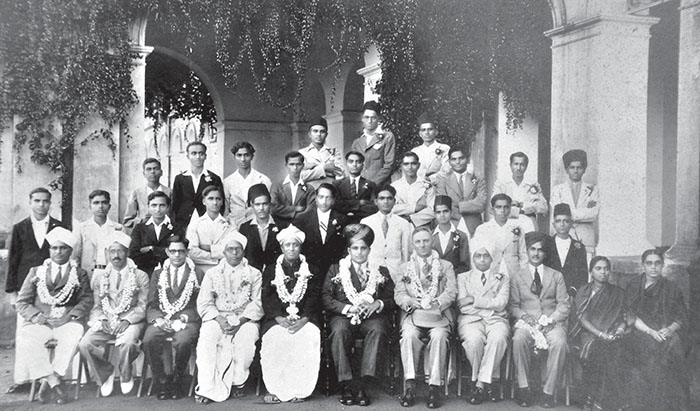 Vice-Chancellor Brajendranath Seal and Prof. Radha Kumud Mukherjee were impressed with Krishna’s diligence and hard work. They deputed him to Department of Archaeology at Bangalore (Numismatics) for two years from 1920 – 22, during which time he was entrusted with cataloguing of the vast collection of coins in their archives. Here, he was well-trained in the art of administration by Directors — R. Narasimhacharya and Chincholi Venkannacharya, an accomplished Epigraphist, also known as “Akshara Brahma.”

Krishna was sponsored for further studies in 1924 to University College, London. Here, his guide was the eminent British Archaeologist Ernest Arthur Gardner. Krishna studied extensively ‘Epigraphy’, ‘Study of Sculptures’, ‘Architecture’, ‘Numismatics’ and mastered the scientific method behind excavations. Apart from Gardner, he was under the illustrious tutelage of L. D. Barnett, Sir Flinders Petrie, Seligman, and Edvard Westermarck. Krishna accompanied Flinders Petrie on his Egyptian excavations. He made use of his time in Europe to visit and study, collections of South Indian interest at ‘British Museum’, ‘Ashmolean Museum, Oxford’, ‘Fitz William Collection, Cambridge’, ‘National Museum, Paris’ and ‘Kaiser Frederic Museum, Berlin’. He submitted his work ‘Deccan Numismatics’ for his Thesis to the Royal Institute at this time. He was made a Fellow of ‘Royal Numismatics Society’ in 1921 and of ‘Royal Anthropological Institute’ in 1925. A Doctorate in Literature (D. Litt) was awarded to him from London University in 1926. 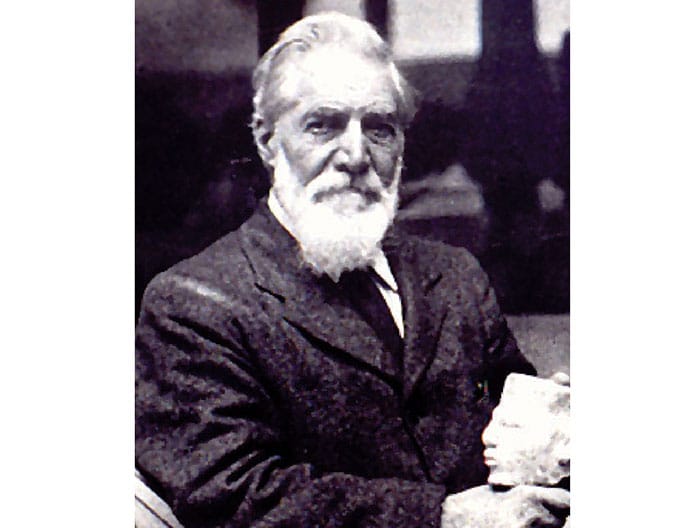 Krishna came back to Mysore in late 1926. In addition to his position in the University, he held additional brief at the Department of Archaeology till 1944. He became a full-time Director at the Department of Archaeology from 1944 onwards. Krishna became the HoD of History at UoM in 1932. Next year, he was made a member of the University Senate. In 1939, he was made Dean of Faculty of Arts.

An examiner for various courses in the University, Civil Service exams, and at the Universities of Allahabad and Bombay, Krishna nurtured many a future scholar under his wings. His students include S. Srikanta Sastri, Jayachamarajendra Wadiyar, Dinakara Desai, M. N. Srinivas, S. R. Rao, B. Sheikh Ali, A. V. Venkatarathnam, D. Javaregowda, G. Venka-tasubbiah, S. V. Parameshwara Bhatta and Chaduranga.

The Mysore Government Archaeology Department took birth in 1885 and pioneers like Benjamin Lewis Rice, R. Narasimhachar and R. Shama Sastry laid foundation for it. Rice was instrumental in discovering 9,000 inscriptions! He later chronicled these in successive volumes of ‘Epigraphia Carnatica’.

His successors R. Nara-simhacharya discovered 5,000 inscriptions, R. Shama Sastry about 1,000 and M. H. Krishna another 2,000 inscriptions. He was the first to apply ‘Stratigraphy’ for excavations in India. At Chandravalli, he was able to unearth Roman coins — from the time of Emperor Augustus, pottery with beautiful illustrations and more. But his excavation here is best remembered for his successful identification of ‘Isila’ city (near Brahmagiri). Later, he impressed upon Mortimer Wheeler to continue excavations here in 1946.

He identified five different cultural strata called Microlithic, Neolithic, Iron Age, Mauryan and Chalukya-Hoysala strata. He designated the first one (the Microlithic) as the ‘Roppa Culture’ because it was found in the vicinity of that village. He is best remembered for discovering, what was then the oldest known Kannada Inscription — ‘Halmidi Inscription’. He also identified Shivaji’s father’s (Shahaji’s) burial site.

Krishna wrote ‘Monumenta Karnataka’ and ‘Hoysala Vastushilpa’. Sadly, both were never published. He was instrumental in bringing out ‘Epigraphia Carnatica’ — Vol. 13 (latter half), 14 & 15. Many Annual Reports of the Archaeological Department were issued under his aegis between 1929 and 1946.

He was invited to preside over many conferences at the National-level. In 1929, he presided in Belgaum over the “Karnataka Historical Congress,” 1937 — in Thiruvananthapuram over the All India Oriental Conference (Archaeology Chair), 1941 — in Hyderabad over the Indian History Congress (Ancient India Chair) and in 1942 at Baroda over the Indian Science Congress (Humanities Chair). A rare distinction indeed for one person!

In 1924, he married Rajamma. She passed away after giving birth to a boy and a girl. In 1933, Krishna married Jayamma. The couple had four children. He was a devout follower of the Ramakrishna Mission. He shared a keen interest in and was adept at the art of wrestling. In fact, he was coordinator of Maharaja College gym for nearly a decade.

He was known for his simplicity and humility. He was remembered by his peers and students as “Panche-Professor”! He was known to work close to fourteen hours a day, endlessly churning out one academic work after another. His incessant toil saw him succumb eventually to a heart attack on 23rd December, 1947 at the age of 55. Even though Alexander Cunningham and others pioneered the Archaeology movement in India, Krishna was among the first of native Indian archaeologists to take up the mantle and make giant strides. He was undoubtedly among the founding fathers of true Archaeological field work in the old Mysore State and his legacy continues in the successive discoveries of lost inscriptions, coins and buried cities that abound today in present day Karnataka.

3 COMMENTS ON THIS POST To “Dr. M. H. Krishna Doyen of Karnataka Archaeology”