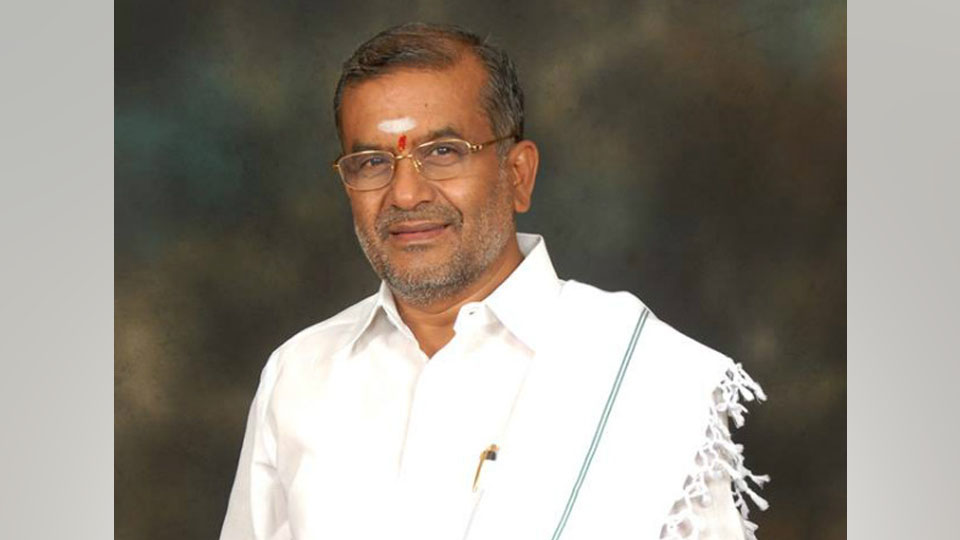 Mysuru:  Higher Education Minister G.T. Devegowda (GTD) has taken a firm decision to nominate only education experts and professionals as members to the Syndicate of the Universities.

He was chairing a meeting of the Vice-Chancellors of all the Universities in the State at Crawford Hall here yesterday and made this proposal. The important decisions related to the Universities are taken at the Syndicate meetings. Syndicate is a Constitutional body and there is a rule that only educational experts must be nominated. This rule has to be implemented.

We always say that value-based, quality and job-oriented education must be provided. To make this a reality, the education system must have a firm foundation. Hence, it has been decided to nominate professionals to the Syndicate. Even Chief Minister H.D. Kumaraswamy has agreed for this decision, he said.

The decisions related to Universities are taken in the Syndicate meetings which is final. And if there are professionals in the Syndicate then there is no need to once again approach the experts. It will also help in taking decisions on skill development courses, syllabus and other important issues. No lobby will work for the nomination of Syndicate members, he said and added that it is very important to impart training for teachers regarding their subjects.

A discussion will be taken after a meeting with the experts in this regard and also confusions remaining on this issue will be resolved, he said.

Those who have a post-graduate degree and served in the field for a minimum of 20 years must be nominated as Syndicate members. Another major decision that needs to be taken is that at no cost, a Syndicate member be appointed a member of Local Inspection Committee (LIC) and this policy must be strictly implemented, said the Vice-Chancellors.

No need to create controversy: There is a controversy created that the Dasara posters do not carry the photos of the members of the erstwhile royal family of Mysuru. Reacting to this, Minister GTD said, “the Dasara Working Committee has held just one meeting so far. I myself have indicated to the Deputy Commissioner to take the permission of the royal family to use their photos. As Pramoda Devi Wadiyar has said, the Government is  celebrating Nada Habba (people’s festival).”

“Regarding honorarium to the royal family for the throne and other materials, offering floral tributes to the elephants with the Chief Minister at the start of Dasara procession and all other programmes will be continued like in the past. Hence, there is no need to create a fresh controversy in this regard anymore,” he firmly stated.