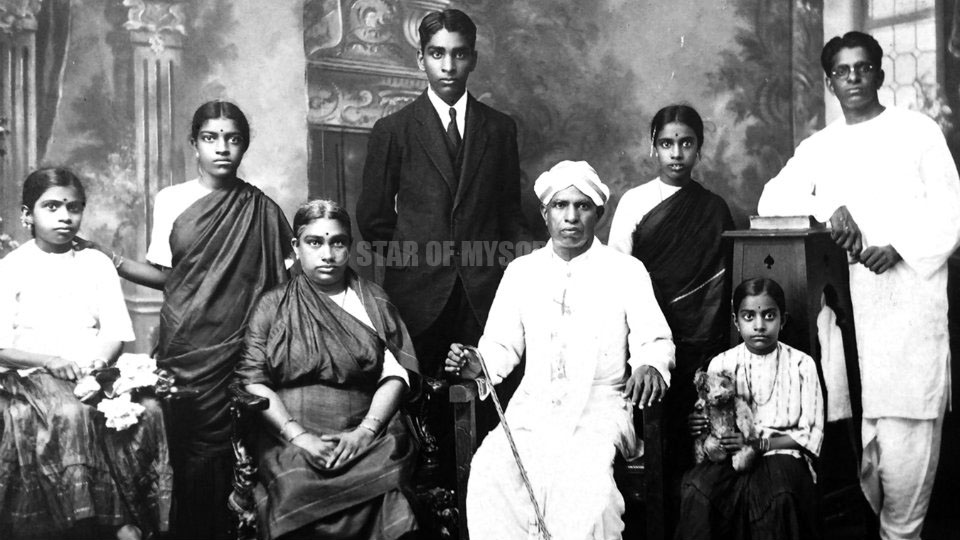 Recently, the Oriental Research Institute (ORI) in Mysuru marked its 125th anniversary. It was set up in Mysore in 1891 by Maharaja Chamaraja Wadiyar Bahadur. Now called the Oriental Research Institute, it is a magnificent building, which combines graceful Romanesque arches with classical Indian sculptures. Star of Mysore has published articles on the treasures of the Institute and the preservation of its priceless documents.

For me there is a more personal connection: My paternal grandfather, Alladi Mahadeva Sastry, was the first Curator of the Oriental Library in 1891, the year it was founded. He was born in May 1861 in Pudur, Nayudupeta in Nellore District, Andhra. He studied Telugu, Sanskrit and the recitation of the Vedas in his village and passed the Matric from Kurnool High School. He got a BA degree from Presidency College, Madras in 1883.

In 1891, he settled with his family in Mysore and became the first Curator of the Oriental Library. My father, M. Venkatesh, was the third of his several children. He remembered his father to be a disciplinarian, recalling that the boys once ate up all the “Medu Vadas” made for tea, and were duly punished. In those days boys had their hair shaved in front in a semicircle, the long hair at the back, worn in a plait or knot called “juttu.” The costumed actors in Kung Fu movies with tonsured heads and plaits remind me of those children. My eldest sister-in-law, Gomathi, recounted how Venkatesh and his brothers decided to be modern and went to a barber and had their hair “cropped” much to the anger of their father. 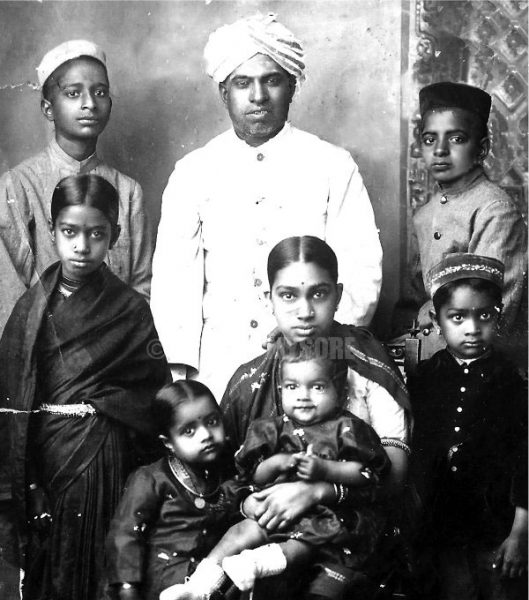 Image: The boy to Mahadeva Sastry’s right is Venkatesh.

In Mysore, Mahadeva Sastry was Secretary of the Managing Committee of Maharaja’s College:  I was unaware of this when I graduated from that college in 1958.

Mahadeva Sastry’s treatise on the classic of Sri Shankaracharya was praised by Swami Vivekananda: “The Gita-Bhashya, in the opinion of many, is the most difficult of the Acharya’s works, and I am glad to find that you have undertaken a most difficult task and performed it so well.”

Works by Sastry on the Upanishads and Vedas followed. He shortened the Hindu wedding ritual. He worked for the reform of Hindu society. Some writings of his are available even now. We found his work on the Gita at Bangalore Airport on New Year’s Day, 1990, priced only Rs.40. This is a cherished book for us with both the Sanskrit text and an English commentary.

In 1916, Mahadeva Sastry was made Director of the Oriental Section of the Adyar Library, a post he retained till his death in 1926. He joined the Theosophists and got to know Mrs. Annie Besant. She was a Socialist, Theosophist and an activist for women’s rights and for self-rule in Ireland and India. He taught her Sanskrit. 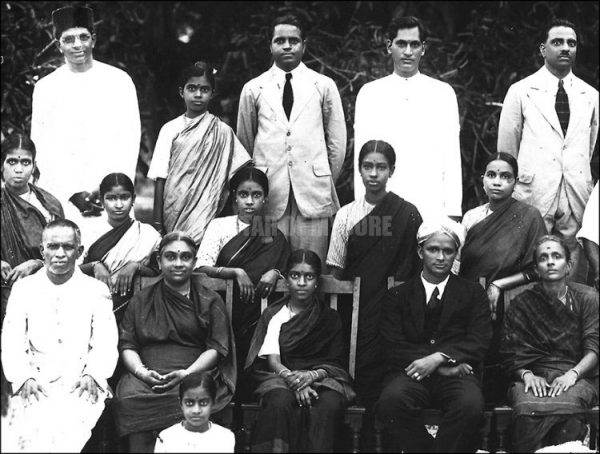 Mahadeva Sastry was the priest who officiated at the 1920 wedding of the teen-aged Rukmini Devi of Kalakshetra with George S. Arundale, an Englishman of forty-four. Arundale was President of the Theosophical Society. The marriage was opposed by orthodox Brahmins. With the support of Annie Besant and the Theosophical Society, the wedding went ahead. The couple were known in Madras as pioneers of an Indo-British marriage.

I was familiar only with the formal photograph in our home of Mahadeva Sastry wearing a Mysore Peta. I wonder at the complex strands of his personality; a scholar and patriarch; also a man with the vision to bless the marriage of a young Brahmin woman to an Englishman. In Adyar he probably met Leadbetter, Olcott and other spiritualists. They believed in the Brotherhood of Man, comparative religion, powers latent in man, and also in the Occult. The young Jiddu Krishnamurthy and his brother Nityananda were in Adyar under the care of Annie Besant. Did he know them?

The Oriental Research Institute has inspired scholars to write treatises on ancient texts and to preserve priceless treasures like the Arthashastra manuscript. For me it has also rekindled humbler memories of a lost ancestor and hopefully created links to our younger generations a century later, who do not know of this remarkable man.

Mysore Memories
The times when the sky fell on me!
She speaks through her art