Home » Feature Articles » She speaks through her art 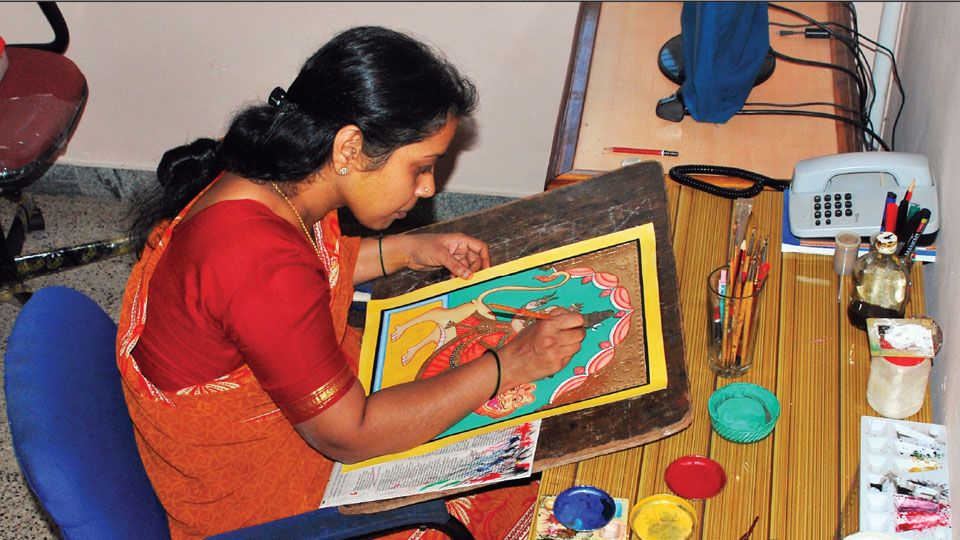 She speaks through her art

She communicates through her art and the colourful creations speak volumes for her. Any kind of commotion or chaos of the outer world fails to penetrate her calm and peaceful realm as she is unable to hear or speak. But seeing at her creative works, one can feel her sensitive thoughts, attitude, values and morals. Most of her artworks depict Gods and Goddesses and this introduces her spiritual side — that she is a firm believer.

Rani Srinivas, the talented artist, creates what her eyes perceive and her heart approves. She lost her hearing and speech sense at a very young age when she suffered a high fever. This impairment made her discontinue her studies from 6th Standard.

Enter her abode in Srirangapatna and it looks like a museum with a lot of painting and embossing works. It is an altogether different world dominated by paint brushes, colours, photo frames and sitting amidst them is their creator. Now 50 years old, Rani Srinivas spends most of her time creating exquisite art works, giving colour to her creativity. 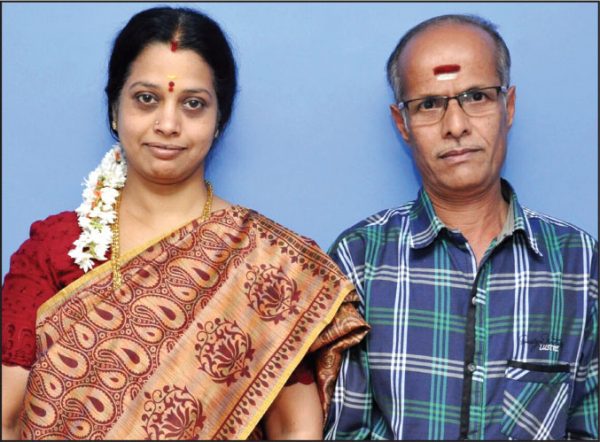 Some of the works created by her is the coronation of Lord Rama, images of Panchamukhi Anjaneya, Sapthamatrikas, Goddess Lakshmi on a peacock, Goddess Lakshmi on a swing accompanied by her friends, images of the Goddess riding a Garuda, Krishna-Rukmini-Sathyabhama, Yeshoda taking care of Lord Krishna, Sri Krishna and his Gopikas, Vishwaroopa of Goddess Chamundeshwari, Lord Ganesha with his mother Parvathi, Nataraja with his elegant steps, Lakshmi Narasimha and Goddess Saraswathi.

She has created art works based on the wordings of ‘Gayatri Mantra’ and some of her art works combine Thanjavur and Mysore style of paintings. She says with sign language that her disability was a boon and an inspiration in a way as she did not hear any sound of the outer world and this made her focus on her art.

Soon after marriage, it was very difficult for Rani Srinivas to communicate and as she hailed from Bengaluru, it was tough for her to understand her neighbourhood and the worst was she had to remain indoors. Seeing her plight, her husband Srinivas took her to All India Institute of Speech and Hearing (AIISH) in Mysuru where she received treatment and basic communication training. There she learnt how to identify lip movements. This provided her the much-needed confidence and she devoted her spare time in art. 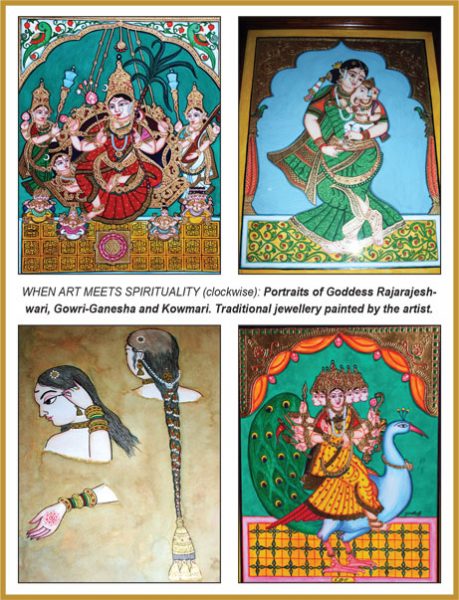 A born artist, she did not take much time to learn the embossing art and also learnt to express herself. And all this while, her husband stood behind her and encouraged her talent. She does not want to sell her works and make money. Instead, she does it for her heart’s content. Every single work of art she has created is in the house and those works that don’t adorn its walls are stacked up inside rooms.

Once a group of children came to her house and she gave a little girl a painting and the girl promptly took it to her school. Impressed by the art, the school authorities announced a prize for it. Rani was on Cloud 9 when the little girl told her this news. Apart from being an artist, Rani Srinivas is a culinary expert too.

READ ALSO  Kalyanis: Relics of Mysuru’s past in a state of neglect

Her proud husband Srinivas, a retired Tourism Officer from the Department of Tourism, Mysuru, says: “Rani used to do some basic drawings before marriage and with her physical condition, it was difficult for her to take care of the child and communicate with it. She is a fighter and never allowed disability to overshadow her talent and family life.”

The couple’s only daughter Swathi Iyer is married and settled in Bengaluru.