Home » Columns » Where is Vivekananda’s India? 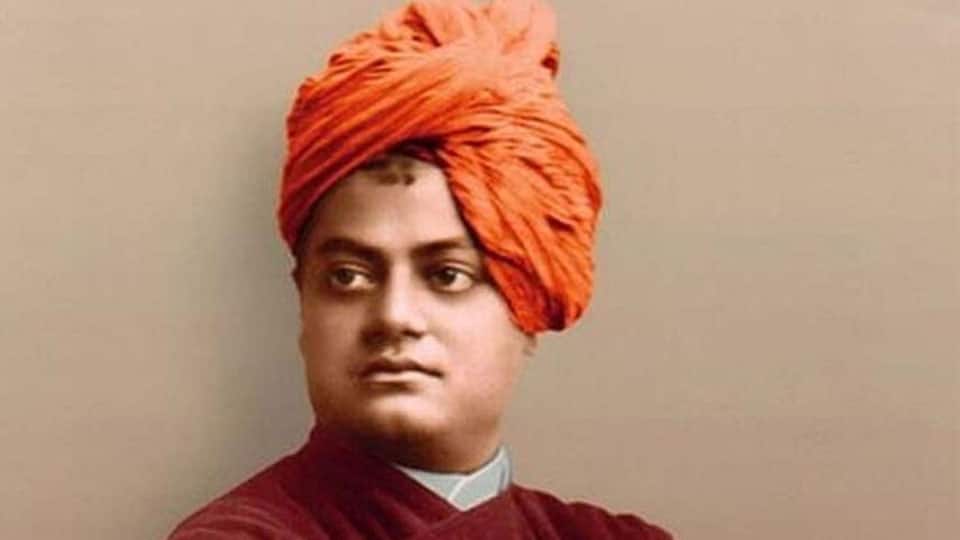 Where is Vivekananda’s India?

Here is the noblest summing up of civilisational values by an Indian: I am proud to belong to a religion which has taught the world both tolerance and universal acceptance. We believe not only in universal toleration, but we accept all religions as true. I am proud to belong to a nation which has sheltered the persecuted and the refugees of all religions and all nations of the earth… Sectarianism, bigotry and its horrible descendant, fanaticism, have long possessed this beautiful earth. They have filled the earth with violence, drenched it often with human blood, destroyed civilisation and sent whole nations into despair… The present convention is in itself a vindication of the wonderful doctrine presented in the Gita: ‘Whosoever comes to Me, through whatsoever form, I reach him. All men are struggling through paths which in the end lead to Me’. — Vivekananda

Here are the most despicable understanding of values that Indians can possibly have:

Please donate to help Kerala Hindus. The Christians and Muslims worldwide raising lots of money to help mainly their own people and agenda.  – Rajiv Malhotra (USA)

Floods in Kerala are due to tantric and mantric worship. Tsunami was God’s wrath in India for idol worship. – Evangelist Lazarus Mohan (Tamil Nadu)

In a way it is abhorrent to mention in the same breath the names of Vivekananda, the Swami of enlightenment, and the latter day peddlers of religious hatred. Chicago, where Vivekananda addressed the World Parliament of Religions, was picked as the venue for the World Hindu Congress recently. But Chicago heard this time a different voice that called for a sectarian war lest “the lone lion is destroyed by wild dogs.” This lone lion must be a new contraption because Hinduism can never be destroyed, not even by those who are misusing it from within.

Vivekananda’s short address in Chicago is still remembered, 125 years later, as a historic marker in the march of ideas. At the assembled “Parliament” of spiritual leaders from all corners of the world, Vivekananda stood out as a majestic figure — a 30-year-old in saffron robe with a maharaja-like turban. His opening words, “My sisters and brothers of America” led to an applause that made the speaker pause for a while. The message of brotherhood and universal tolerance he conveyed in the next few minutes made him the star of Chicago. It was the first time the West heard a credible Indian voice from India, and it helped demolish the British-projected view of a benighted India lost in primitive superstitions.

READ ALSO  Why North and South do not meet

Vivekananda’s India, too, appears to be lost. These are days when, for every genuine holy man, there are a dozen fakes. Some flourish with ashrams spread across vast acreages. Some start business empires that conquer everything they set their sights on. Some are in jail. The religious exploiters come in many robes. Madrasas are rife with scandals of child abuse while convents are exploding with charges of nuns being used for the pleasure of priests. Perhaps for the first time in the history of the church in India, nuns have come out in the open protesting against the sexual escapades of a Bishop. Under our prevailing criminal law, a formal charge by a woman is enough to take the accused into custody for interrogation. But this Bishop has proved to be special. Forces stronger than God are protecting him.

When Vivekananda said, “I am proud to be a Hindu,” he must have had in mind the  Hinduism that respected all. The greatness of Hinduism — and the uniqueness of it — is that you can reject all the Gods in the Hindu pantheon and still be a Hindu. But the corollary is that you can worship all the Gods in the pantheon and still be not a Hindu. The politicians who divide people on religious grounds are not helping their religion. They are just exploiters.

A saint who said “we accept all religions as true” is being appropriated by a party that  suppresses minorities for political gains. Vivekananda was an original liberal. He promoted the cause of modern education

and modern science. The casteism in Kerala provoked him to describe that State as a lunatic asylum. How would he describe the States where people lynch people in the name of religion? How would he describe Raja Singh Lodh, BJP MLA in Telangana, who said “till the cow is accorded the status of Rashtra Mata, killings for gau raksha will continue?” Swami Vivekananda was blessed that he lived in another, civilised, India.

8 COMMENTS ON THIS POST To “Where is Vivekananda’s India?”