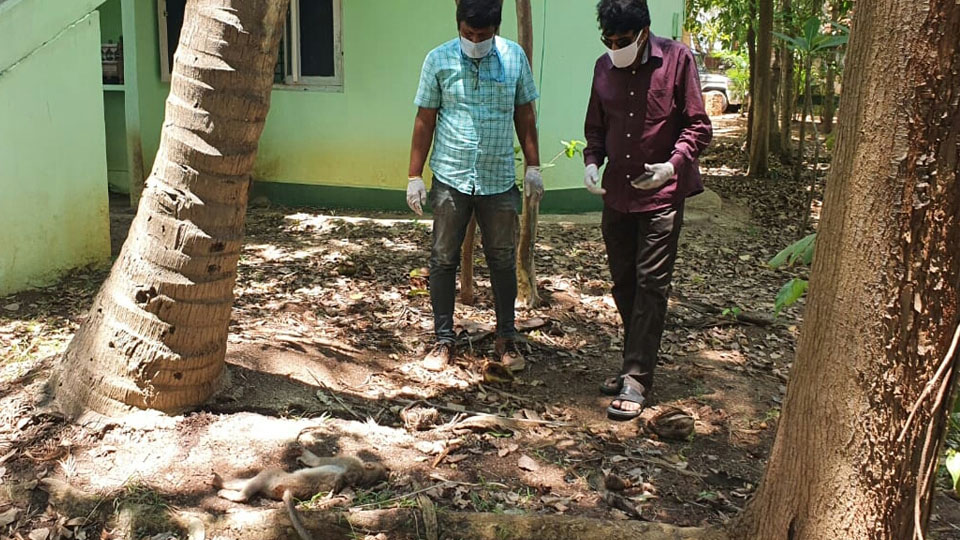 Mysore/Mysuru: Three monkeys were found dead under mysterious circumstances in an ashram premises at Hadajana village in the taluk today, triggering panic among the people of the region. Three more monkeys are battling for life and are being treated.

Following the deaths of the monkeys, a complaint has been lodged with the officials of the District Health and Family Welfare Department.

Meanwhile, officials of the Animal Husbandry Department, who rushed to the spot are providing treatment to the ailing monkeys.

Though there is a speculation in the region that the monkeys might have died due to suspected Kyasanur Forest Disease, officials have suspected that the monkey might have been poisoned or they would have eaten pesticide-laced fruits. But the exact cause of the monkey deaths would be known only after post-mortem.