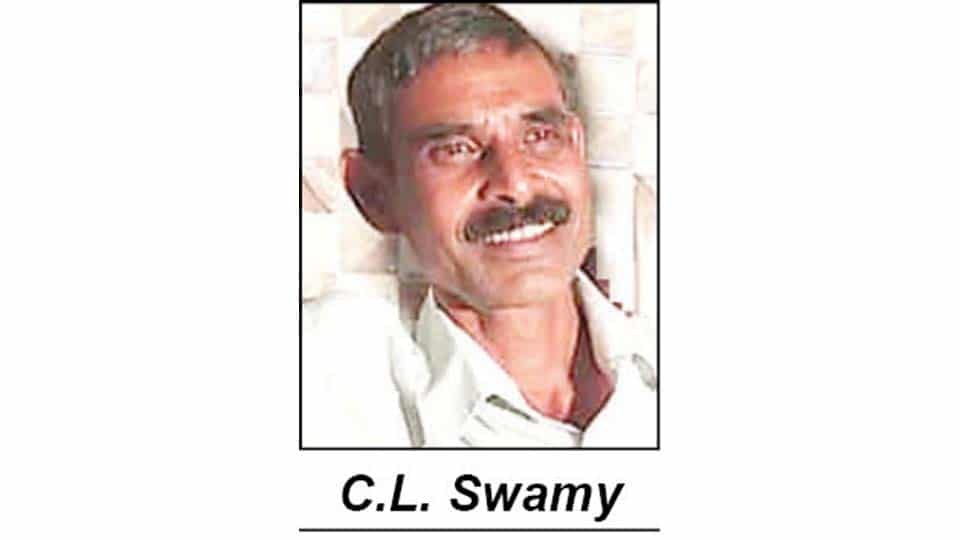 Hunsur: Mystery shrouds over the death of a journalist, whose body was found close to Moruramma Temple near Halagere, close to the National Highway on Saturday night.

The deceased is C.L. Swamy (42), a reporter of a weekly paper in Periyapatna and a resident of Hunsur town. He leaves behind his wife Bhagya, son Subhash and daughter Poornima.

Hunsur Town Police Inspector Ravi and staff, who rushed to the spot, inspected the spot and collected glass pieces of the bike which was found at the spot. Suspecting that Swamy may have died following an accident, the Police had registered an accident death case and had seized the bike (KA-45-EC-2563). But the family members and activists of Dalita Sangarsha Samithi (DSS), who saw the throat of Swamy slit, alleged that Swamy has been murdered and his death was not due to accident. They said that some miscreants may have kidnapped Swamy, took him to the outskirts of the town and murdered him by slitting his throat.

Alleging that the Police were trying to hush up the case, they demanded a thorough probe and staged a protest in front of the Police Station demanding the presence of the Superintendent of Police (SP) at the spot.

DSS District Convenor Ningaraj Malladi said that about two days ago, Swamy was assaulted near a hotel by miscreants after disrobing him. Pointing out that Swamy was a journalist and had many enemies, Ningaraj alleged that miscreants had taken Swamy in an auto to the outskirts of the town and had murdered him. Demanding a thorough probe into the case, Ningaraj said that they would continue with the protest till the family of Swamy gets justice.

Meanwhile, SP R. Chethan, visited the spot, later inspected the body at the mortuary and met the protesters. The SP told the protesters that he would initiate a thorough probe into the case.

Following instructions from the SP, the Town Police, who had initially registered an accident case, registered a case of murder under IPC Section 302 and shifted the body of journalist Swamy to MMC&RI mortuary in Mysuru for post-mortem.