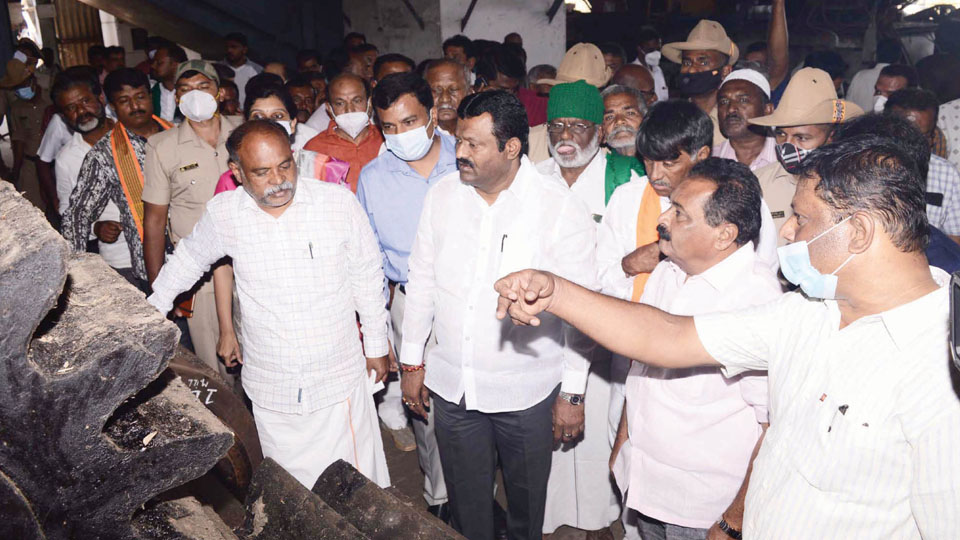 MySugar to re-start functioning from this year, says Minister

Mandya: The operations of MySugar, Mandya’s iconic sugar factory, which were shut down in 2019-2020, will resume this year.

Speaking to presspersons after visiting MySugar factory here on Wednesday, Minister for Sugar and Textiles Shankar Patil Munenakoppa said that the Government was doing everything it can to revive the nearly century old sugar factory, which is also a pride of the people of Mandya.

Pointing out that technical and financial committees have been formed as part of revival plans, Munenakoppa said that there need not be any doubts regarding the re-start of the factory.

Continuing, the Minister said that following directions from the Chief Minister, he has instructed the officials to ensure that there is no delay in re-starting of the factory. The Government has taken necessary measures for releasing funds to carry out maintenance, repairs and replacement  of machinery, he added.