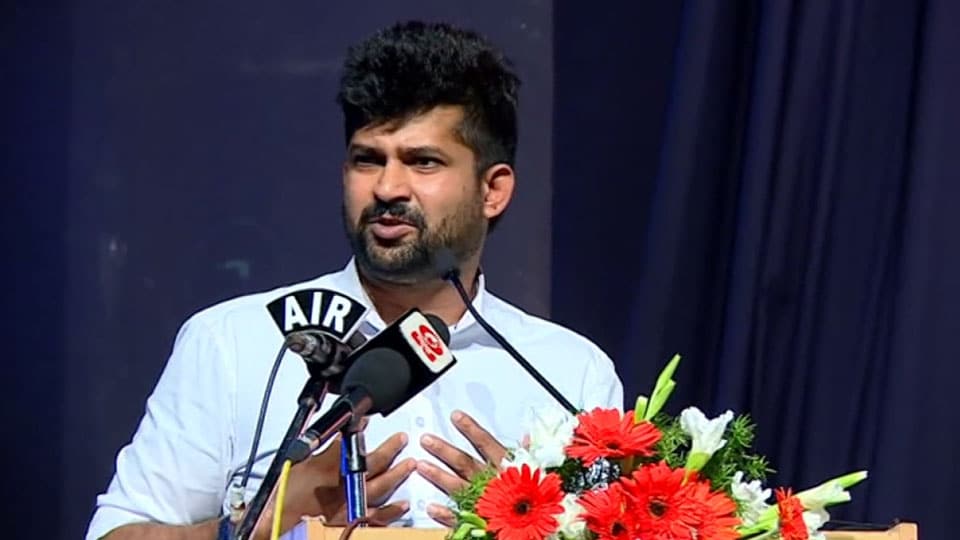 Addressing a press meet at Jaladarshini Guest House today, Simha questioning Tipu Sultan’s contribution to Kannada land and language, said that the government can instead celebrate Jayantis of personalities like Dr. APJ Abdul Kalam, Abdul Nazeer Saab and Santa Sishunala Shariff, if it was a must for it to celebrate Jayantis of leaders from minority community.

Claiming that Mysuru Dasara did not take place for 38 years during Tipu’s rule, the MP said that despite severe opposition, the then Siddharamaiah-led Congress government went ahead with Tipu Jayanti celebrations and lost power in May 2018 polls.

Stating that he would officially write to the Deputy Commissioners of Mysuru and Kodagu districts asking them not to include his name in the invite for Tipu Jayanti celebrations, the MP urged the CM to reconsider the government’s decision to celebrate Tipu Jayanti.

He said that the BJP would stage a State-wide massive protest if the government went ahead with the celebrations.