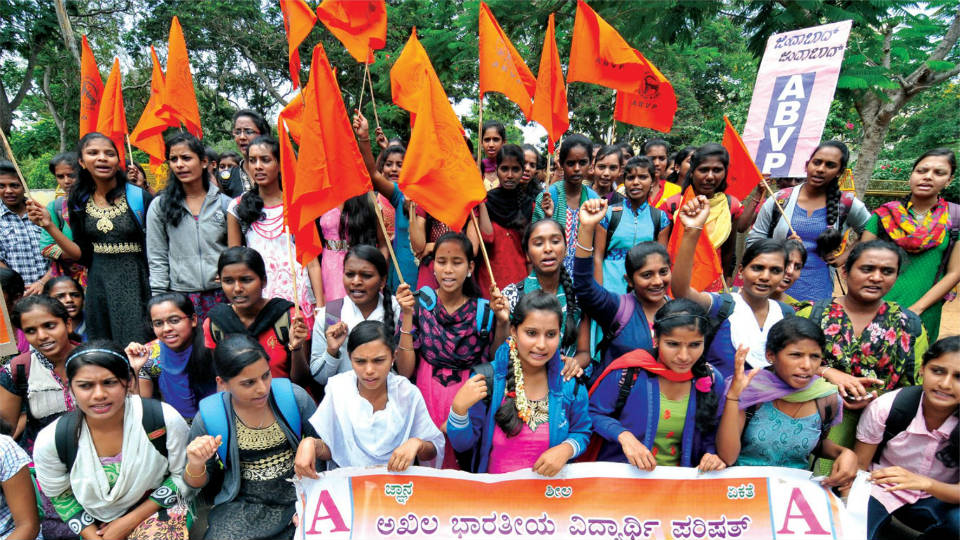 Mysuru: Strongly condemning the Government’s move to ban Student Unions in Colleges, over 50 members of the Akhila Bharatiya Vidyarthi Parishat (ABVP) staged a demonstration in front of the DC’s office here yesterday, as part of a Statewide stir.

They also protested against the order issued by the Department of Collegiate Education to commence the classes of Government First Grade Colleges at 8 am, saying that the early commencement of the classes would disturb their daily routine.

Students residing in the hostels and those who come from rural areas and spend a lot of time in travelling will be inconvenienced, they pointed out. While the Government said that it has changed the time-table to help students to cope with extra-curricular activities, the student said it cannot be implemented in all the Colleges. 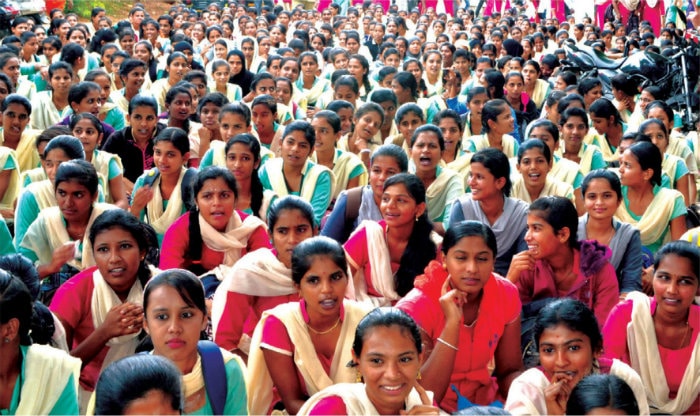 Students led by ABVP staging protest in front of the DC’s office in Mysuru yesterday.

At Mandya: Demanding withdrawal of circular on college hours that said classes will start from 8 am, hundreds of students of the Government First Grade College for Women staged a demonstration yesterday.

The students,  after boycotting classes, went in a procession to the DC’s Office on Mysuru- Bengaluru Road and staged a demonstration, urging the Government to withdraw the circular.

Claiming that the starting of classes at 8 am was of great inconvenience to students who come from far off places, the protesters maintained that poor bus facilitates in rural areas had only added to their woes. They urged the Government to come to their rescue by withdrawing the circular, which has caused a lot of inconvenience to students, specially those from rural areas.

Similar protests were held at Nagamangala and other parts of the district.