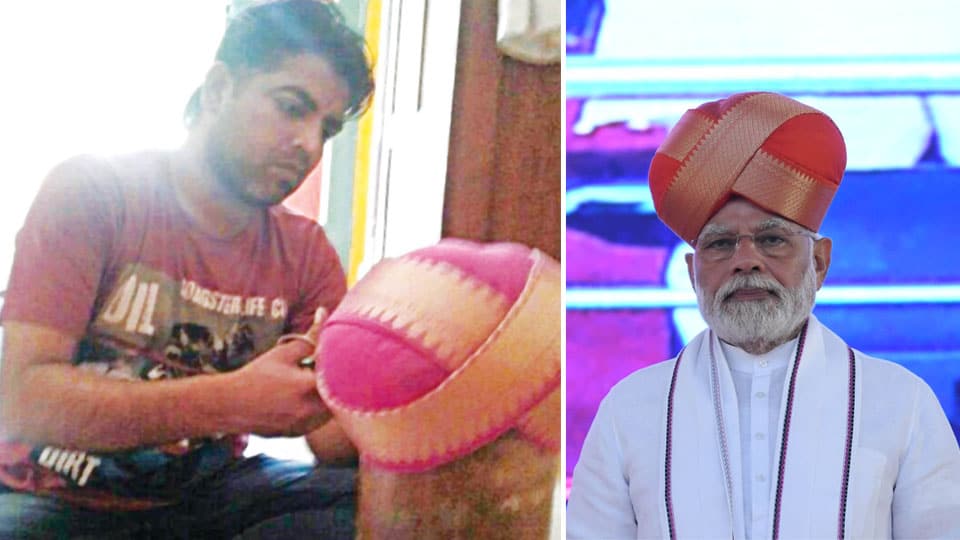 Mysore/Mysuru: The Mysuru Peta (traditional headgear of Mysuru) that adorned Prime Minister Narendra Modi during the public event held at Maharaja’s College Grounds in city last evening, was readied specially by Paramesh, a resident of Kakaravadi.

When the District Administration was looking for a ‘Peta’ to felicitate Modi during his city visit, silk garments traders mentioned the name of Paramesh, who is well-versed in preparing traditional Mysuru Peta. Hence, Paramesh was given the job of readying the Peta.

In this backdrop, a Peta made of silk and zari was readied and handed over to MCC Officer Roopa. Chief Minister Basavaraj Bommai and Union Minister Pralhad Joshi adorned the PM with the Peta.

Speaking to Star of Mysore, Paramesh said he had also used beads in the ‘Peta’ which was removed later as officials asked to do so due to security reasons. “I am very happy that the PM was adorned with the Peta readied by me,” said an elated Paramesh.