Home » News » Mysuru to get revised Master Plan next year’ 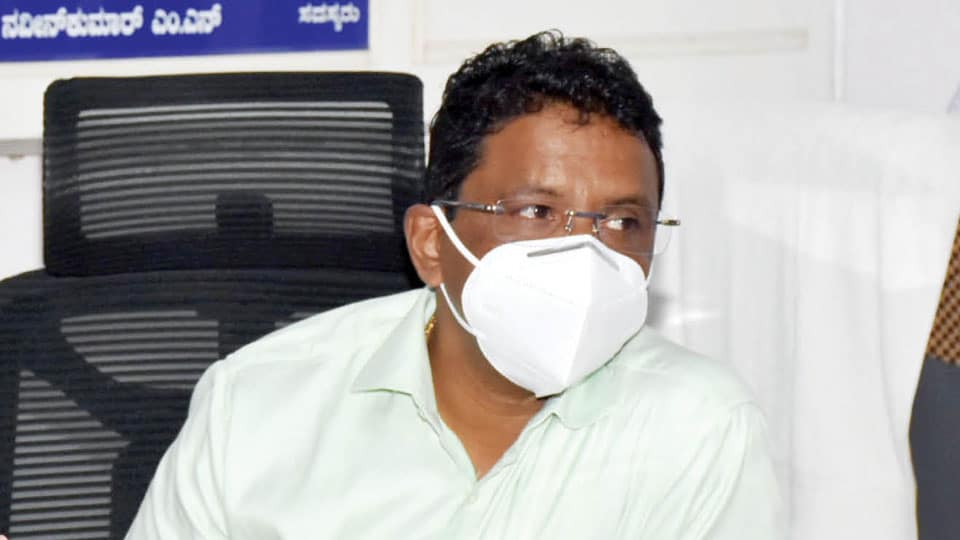 Mysuru to get revised Master Plan next year’

Mysore/Mysuru: With the city’s population rising by the day, MUDA (Mysuru Urban Development Authority) Commissioner Dr. D.B. Natesh said that the Authority will come up with a revised Master Plan next year (2022).

He was speaking at the ‘Phone-in programme on MUDA future plans,’ organised at JSS 91.2 FM Radio Centre in JSS College of Arts, Science and Commerce on Ooty road in city on Friday.

Highlighting MUDA’s plans for improving the city’s infrastructure, Dr. Natesh said that the plan features construction of another Outer Ring Road, introduction of Metro Lite or Metro Neo scheme to ease vehicular movement etc., Pointing out that the expert committee on Metro Neo Rail Project that is currently operational at Nashik in Maharashtra, has been sought to carry out a technical and feasibility study in Mysuru, Dr. Natesh observed that Mysuru needed another Outer Ring Road for decongesting traffic and MUDA is carrying out technical studies in this regard.

Stating that MUDA is planning to reserve land for Start-ups, Manufacturing Industries, Software companies, Educational Institutions etc., along Hunsur, H.D. Kote and T. Narasipur Roads, he said that the revised Master Plan is being prepared keeping in mind the growth of the city in the next 50 years. The revised Master Plan map, which is expected to be complete in 2022, will be discussed at the Council meeting and subsequently forwarded to the Government for approval, he added. Referring to drinking water problems, Dr. Natesh said that an augmented water supply scheme is being planned to meet the drinking water needs of the city for the next 20 years.

Replying to a query by Mysuru Industries Association Secretary Suresh Kumar Jain on dumping of wastes around J.K. Tyres factory on KRS Road and poor state of roads and drainage in Hebbal Industrial Area, Dr. Natesh assured that the issues will be addressed soon. Stating that MUDA will develop its future layouts as per AMRUT scheme, he said that the revised Master Plan will have all data on power lines, UGD Connections, drinking water pipeline and all other civic amenities.

Continuing, the MUDA Commissioner said that MUDA has so far distributed 1.4 lakh houses and sites to applicants since its establishment. The MUDA has proposed to form residential layouts along Bogadi and H.D. Kote Roads, he said adding that the affordable Group Housing Project in the city has been sent to the Government for approval. JSS Radio Centre Co-ordinator Shivakumar and others  were present.