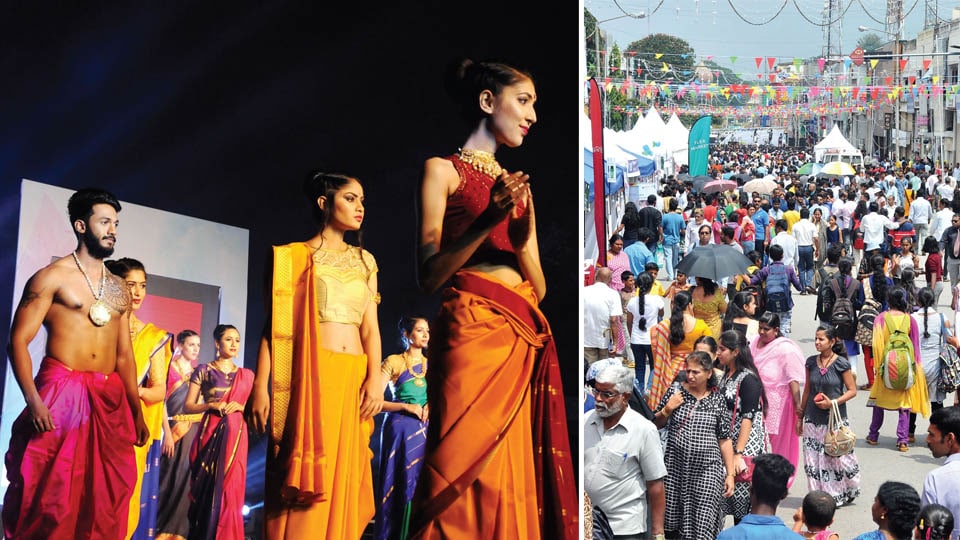 Mysuru: This year’s ten-day Mysuru Winter Festival has been a great hit among the tourists as well as the local residents. People have been thronging Mysore Palace and other venues to witness cultural programmes and flower show as well.

Now, as part of the winter extravaganza, the District Administration and Department of Tourism have organised a fashion show during the Open Street Festival to be held on Dec. 30 on Devaraja Urs Road. The fashion show has been organised to showcase the rich culture of Karnataka with models walking the ramp draped in Mysuru Silk sarees manufactured by Karnataka Silk Industries Corporation (KSIC).

Speaking to Star of Mysore, Tourism Deputy Director H.P. Janardhan said that this year the focus was to promote Mysuru Silk saree and to create awareness on waste management.

It may be recalled, the Open Street Festival had attracted many visitors during this year’s Dasara.