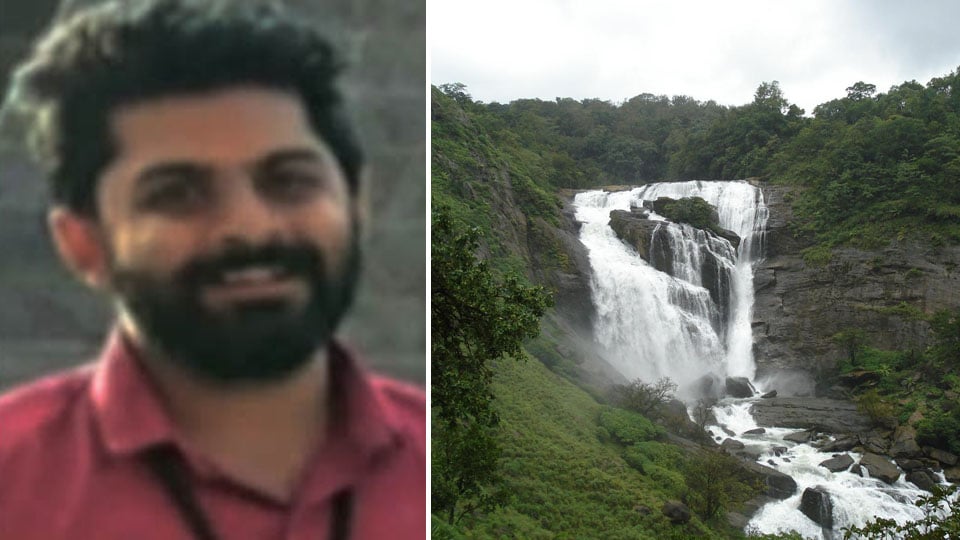 Madikeri:  A Mysuru youth, who had come on a trip along with his friends to Mallalli Falls at Somwarpet taluk in Kodagu, was drowned after he went for a swim yesterday.

The deceased youth is Skanda (24), son of Shankar, Asst. Registrar, University of Mysore and Revathi, residents of Vivekananda Circle in Mysuru.

Skanda, who was working at a private firm in Bengaluru, had come to the falls along with his friends on a weekend trip.

Local residents, after searching for his body for sometime, succeeded in fishing out   his body.

Deceased Skanda, along with his 11 colleagues, reached Mallalli Falls at about 11 am yesterday. Though the authorities had put up a warning board against venturing into the waters as it is banned, Skanda is said to have ignored the warning and climbed down the falls for a swim and wa  swept away by current and was drowned.

Soon, his colleagues informed the ‘Tourist Friend’ staff, who rushed to the spot along with local villagers and launched a search to fish out the body. After searching for a few hours, the villagers were able to trace Skanda’s body and fished it out.

Somwarpet Police, who rushed to the spot, conducted mahazar, registered a case and shifted the body to Somwarpet General Hospital where post-mortem was conducted and the body was handed over to his relatives.