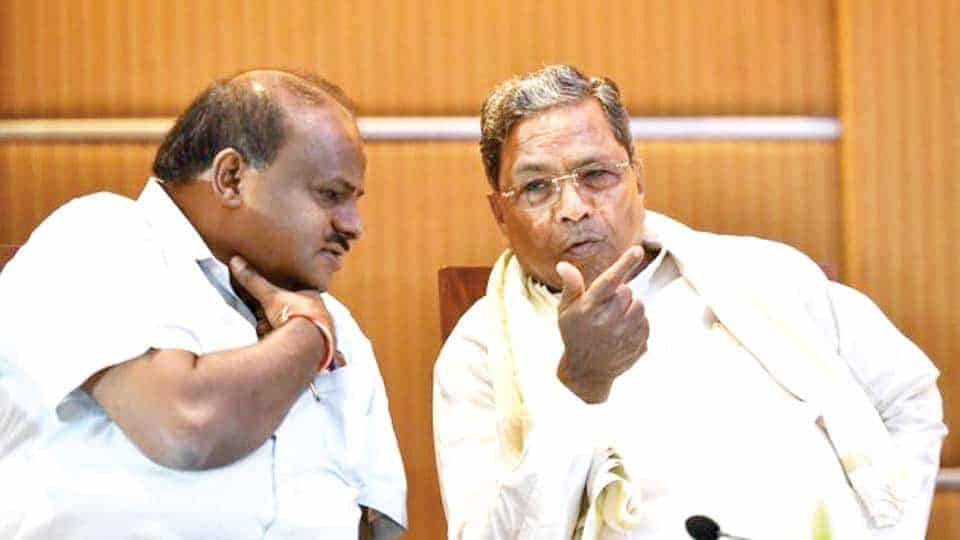 Bengaluru: With ‘Operation Lotus’ to poach Congress-JD(S) MLAs looming large, the coalition partners in the State Government — JD(S) and Congress , will be holding a joint legislature party meeting at a private hotel in Bengaluru on Feb. 6.

The four Congress MLAs—Umesh Jadhav, Mahesh Kuntalli, B. Nagendra and Ramesh Jarakiholi, a former Minister, were issued show-cause notice by the KPCC for failing to attend Congress Legislature Party meeting that was held over a week ago.

Now, the State Congress leadership, which had issued show-cause notice to the four MLAs, is mulling on petitioning the Assembly Speaker seeking disqualification of the four MLAs who have turned rebel after being upset with the party high command for ignoring them.

Chief Minister H.D. Kumaraswamy will present the Budget on Feb. 8.

Meanwhile, the opposition BJP, which is looking to dislodge the coalition Government ahead of the Feb. 8 Budget presentation, is said to be on touch with a few Congress Legislators.