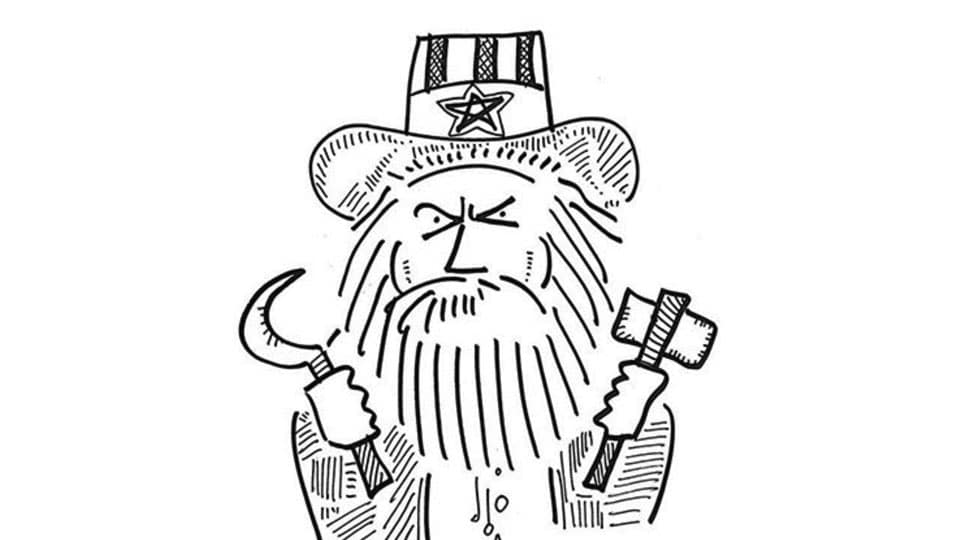 The Myth of Cultural Marxism

Right now, in the United States of America, something terrifying is happening. A whole bunch of aggressive violent white men have publicly marched in the city of Charlottesville for White Supremacy. They embody the visible tip of a deeper rage that festers across many parts of the country. Many white people, especially the less educated, pejoratively referred to as White Trash, are convinced they are being cornered by Cultural Marxism.

Cultural Marxism is a new kind of communism. While Classical, or Material, Marxism is based on tangible wealth (haves and have-nots), Cultural Marxism is based on intangible structures of power (privileged and unprivileged). The former focuses on the wallet and wanted workers of the world to unite. The latter focuses on identity (gender, sexuality, race and religion), and seeks the destruction of all social structures that determine power hierarchies: patriarchy, heterosexuality, family, monogamy, marriage, religion, caste, and state. Material Marxism sought to bring in equality through class wars. Cultural Marxism fights the battle of social justice. But is Cultural Marxism a real phenomenon, or is it just propaganda, a conspiracy theory?

While most people are horrified at the inequality that exists in the world, not everyone is willing to go to Marxist extremes. Fifty years ago, Democratic Socialism was seen as the middle path between American Marxism and Russian Communism. Today, many people support women’s rights, LGBTIQ rights, human rights, secularism and are against all forms of racism. However, very few are against all structures. They would like a realignment of the power structure, not a total dismantling of social order as we know it. These moderates reject White Supremacists, and their wild claims. White Supremacists, however, are convinced, moderates are pawns of a clever war being waged by Cultural Marxist extremists in Universities and in media around the world. They have flipped racism into deep guilt and self-hate seen in educated and successful White folk using tools of Free Speech and Political Correctness.

White Supremacists in the USA once were known only for their hatred of black people, who they saw as inferiors, as ingrates, who would have stayed savages in Africa had they not been enslaved. Now their canvas of hatred has expanded to include Jews (who control industry and media); homosexuals and feminists (who are challenging conventional family values); South Asians (who are stealing jobs), and Muslims (who want to destroy Pax Americana as well as Christianity). White Supremacists are easy to condemn, and caricaturise, as they lack the intellectual muscle of academicians, lawyers and artists.

When the Right Wing uses the word ‘Marxists’ they are referring to Cultural Marxists rather than Material Marxists. But intellectuals and academicians insist that Cultural Marxism is not a real thing; it is a bogey raised by fascist leaders around the world to fool their voters and crush the ‘secular’ opposition. In Russia. In Philippines. In Turkey. And, as some whisper, in India.

A myth is something that is real for the believer and false for the non-believer. It binds people together, creates tribes. For the Right, Cultural Marxism is real: a dangerous but invisible monster, cunning enough not to repeat the mistakes of Material Marxism. For the Left, everything the White Thrash racist oppressors fear has to be fantasy. This combative mode of the world is the essence of Western myth, that many in India have now embraced, on the Left and on the Right.