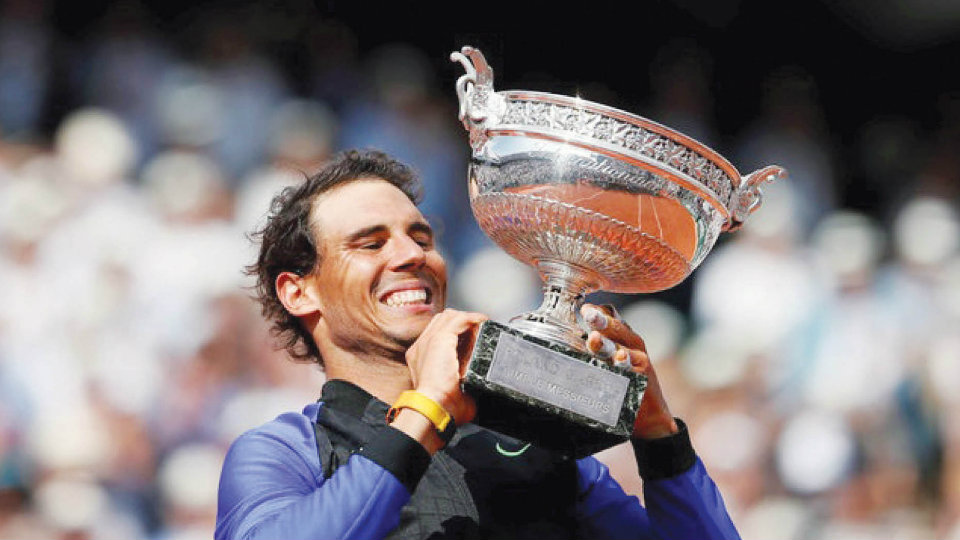 Nadal’s triumph marks the sixth consecutive Grand Slam won by either him or 20-times major champion Roger Federer. The muscular Spaniard had won all 10 of his previous Roland Garros finals and although Thiem was the only man to have beaten him on clay over the past two seasons, the Austrian never threatened the clay court master yesterday.

In claiming a 17th Grand Slam title, Nadal matched Margaret Court’s record of titles at a single major — hers all coming at the Australian Open. There is nothing to suggest Nadal’s domination on the Parisian dirt will end any time soon.

Thiem, who was trying to become only the second Austrian Grand Slam champion after Tomas Muster’s 1995 Paris triumph, played his part in the two-hour 42 minute tussle but was unable to sustain the high-octane tennis needed to ruffle Nadal. He said it was beyond a dream to win his 11th Roland Garros title after defeating Austrian Dominic Thiem. “It’s amazing now, I can’t describe my feelings,” Nadal told the crowd on Philippe Chatrier Court moments after capturing his 17th Grand Slam trophy.

“It’s not even a dream to win here 11 times, because it’s impossible to think of something like this.” Nadal saluted his 24-year-old opponent, who is the only man to have beaten the Spaniard on clay over the past two seasons.

“He’s very aggressive, with big shots,” Nadal said in halting French before switching to English. “I want to say well played to Dominic. He played a great two weeks. He’s a good friend, one of these players that the tour needs. I am sure you’ll win here in the next couple of years.”

The emotional Spaniard wiped away tears as he held on to the Coupe de Mousquetaires. “Many thanks,” he told the crowd. “I hope to see you again next year.”