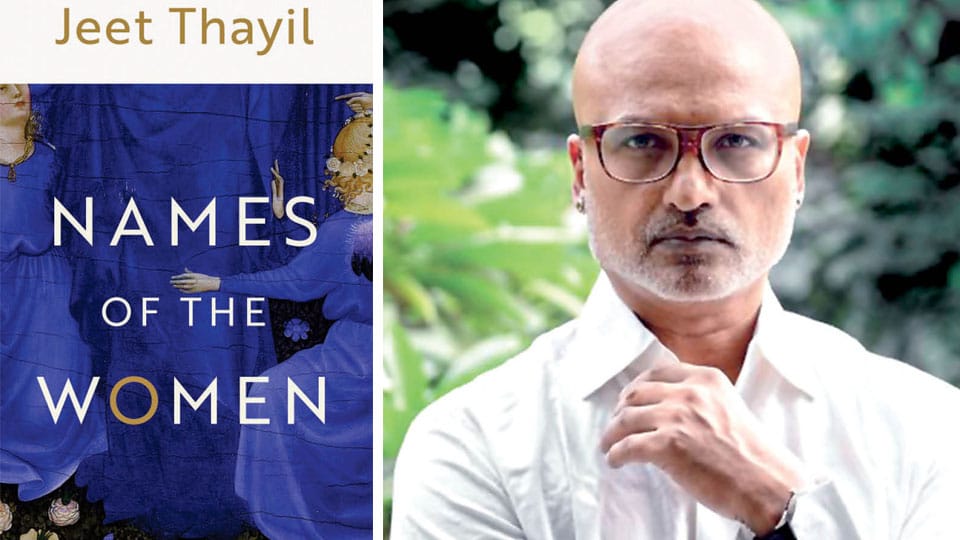 In the month of April 2021, I was going through the weekly magazine ‘OPEN’ and the review of a book titled ‘Names of the Women’ by Jeet Thayil drew my attention. It is because of the name of the author, rather than the title of the book, that I decided to read the review that had more about the author and less about the book. Hence, I decided to get the book itself from Amazon. The book was on my table in two days.

I went through it from cover to cover. A book of 185 pages beautifully produced but for me it was incomprehensible in the first reading. The blurb says it is a novel. If it is, so be it.

However, for me, it is about 15 women who had known Jesus Christ. The author, as a novelist, had taken liberty to go on an imaginary rambling trip writing about what these 15 women saw and experienced during the early days and later days of Christ from birth to crucifixion and resurrection.

The book seems like a hagiography of Christ and John the Baptist as witnessed by different women, 15 in number, covered in the book. Let it be.

As a writer in English, Jeet Thayil seems to adopt a style of his own, like many other English writers in the past. He uses many words of things and objects used in those Biblical period which may be easily understandable to those who have read the Bible in depth.

Apart from the text being replete with ancient Biblical nouns and verbs, the text is narrated in a way the reader is made anxious to know the person (woman in this case) dealt with in the chapter. And as if a denouement or a resolution of a suspense, the name of the woman appears in a stunted sentence of two or three words at the end. What can one call it? Certainly not magic realism or whatever style some writers adopt to write a novel to win a Booker Prize.

Sometimes the text leaves you wondering what could be the inner meaning of the narration because it is written in a subtle language wrapped in subterfuge. Herein lies the beauty of a book written in a unique way I have not read in all my life. Let me give one example:

“The old priest speaks with her old betrothed and over many days and nights they come to an agreement. Her future husband comes to her and takes her hands in his.

‘You have been touched,’ he tells her.

‘I have been touched by no one,’ she says, looking at his brown hands on her own, ‘except you’.”

Reading this (chapter 23, page 175), I was left wondering if it was about the ‘Immaculate conception.’ Jeet Thayil has his inscrutable way of writing wrapped in riddles! Let me not dilate.

Those who have read the Bible and the life of Jesus Christ will enjoy the book, though the description of what some of the women have undergone will disturb any sensitive person. And what a wonderful, honest stenographer Jesus got in Mary of Magdala to write down his experience while on the Cross and later after resurrection!

This book is a testimony to Jeet Thayil’s creative genius both in selecting a subject hitherto not dealt with by any writer and in adapting a writing style that seems invented specially to write this novel culled out of the life story of Jesus Christ.