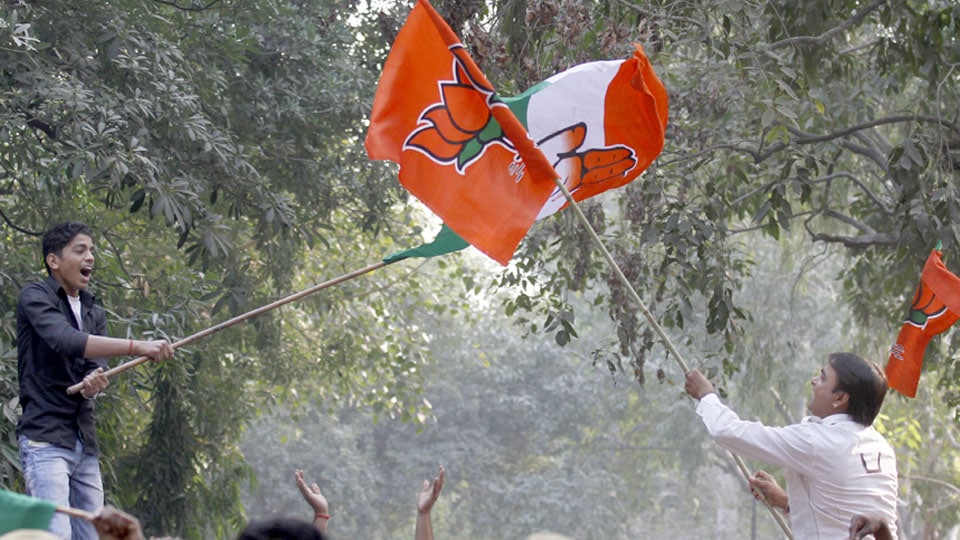 Mohammed Ayoob further dilates on the subject as follows: The Hindu nationalism “is based on the notion that Hindus have exclusive claim to the country and Muslims and Christians are interlopers, who can be treated as second-class citizens at best.”

Well, because Pakistan was created to give Muslims an independent county of their own, like Israel of the Jews, by dividing India on the basis of religion, the answer to the first question has to be ‘Hindus’ and to the second question ‘Muslims’.

Of course, it must be remembered, that under the Hindu umbrella are also included three other native religions — Jainism, Buddhism and Sikhism — that had their origins in the Indian soil steeped in the Sanatana Dharma.

Many nationalist Hindus ask, where was the need to divide India if its Constitution were to be Secular? An undivided India under a Secular Constitution would have been like it is now for the Minorities in India. And there would not have been mass uprooting of Hindu-Muslim families and killing as happened in 1947. My heart bleeds reading Kuldip Nayar’s autibiography ‘Beyond The Lines’ and other books related to partition. Largest human migration in history was the result. An estimated 1.4 crore. And there would not have been a Kashmir problem. It would have been one great Secular-Democratic India. A beautiful Pluralistic country like India today.

Further, the Muslim majority States would generally have had Muslim Chief Ministers as in Kashmir now and this would have satisfied the people generally. Why? Didn’t we have Muslims as Chief Ministers in some States in India? In Maharashtra and Bihar for example?

Mohammed Ayoob draws our attention to the electoral principle saying that the well-established Secular norm for an election is not using religion for electoral gains. He is absolutely right. But what happens when an ostensibly Secular Party like Congress reaches out to minorities in the name of religion?

Now that India was divided solely on the basis of religion, the nationalist Hindus think that if Muslims have their  own Islamic country, Hindus too must have their own Hindu country. A case of linear thinking.

READ ALSO  One Nation, one Election: Do it now, tomorrow it may be too late !

Sadly, as Mohammed Ayoob says, the Secular norm for an election in India has taken a beating in our present elections, including the one that just concluded in five States. On 11th of this month we will know if the prediction of Mohammed Ayoob would come true or not.

Mohammed Ayoob discussing about this kind of “direct challenge to the power of the Supreme Court,” where the matter, (regarding the Babri Masjid), is under adjudication, says, it “undermines the judicial system itself.” He then quotes RSS Chief Mohan Bhagwat who had said that “Society does not move only by the words of law but also by its own wishes.”

I am reminded of a quote in the Bible “Man shall not live by bread alone, but also by the word of God.” If we go by this, then what Bhagwat said must make sense. Every society finds an alternative route to fulfill its aspirations.  Its wishes. Probably, Mohan Bhagwat is showing Hindus an alternative route to fulfill their aspirations. If faith, blind or enlightened, is a matter beyond the purview of Courts, then the solution for disputes arising out of “faith” is again found in the Bible which says “Render unto Caesar that which is Caesar’s and unto God that which is God’s.”

READ ALSO  A Dialogue with a Mandya Man

The Hindu faith undoubtedly is deeply embedded in epic Ramayana and Lord Rama and hence the claim for Ayodhya. For Hindus, who were here before the arrival of Muslims in India by many centuries, the claim on Ayodhya is fundamental. The article says that ultra nationalism is opposite of patriotism combined with liberal values enshrined in the Constitution. This ideal was held dear by the first generation of Independent India’s leadership, says Mohammed Ayoob. I agree. But the next generation of Congress leadership compromised the Constitution in many ways provoking the majority Hindus. The Congress policy of appeasing the minority even by amending the Constitution and the declaration of Emergency were not acceptable to nationalist Hindus or say to BJP.

India is an overpopulated country and there are illegal immigrants. Naturally “highly placed serving Military Officers,” in the greater interest of country’s security and safety of its citizens, would comment publicly on issues, including India-Pakistan relations, more to caution the country’s political leadership which looks merely at the next election, not the next generation.

However, Mohammed Ayoob says, such public comments on sensitive issues of domestic and foreign policy should be the “exclusive preserve of civilian leaders in the government and in the Opposition.” Difficult to agree. Wonder, if the writer was thinking of the opinion stated by Army Chief General Bipin Rawat that Pakistan should consider becoming a Secular country. Let it be.

Mohammed Ayoob speculates that the present trajectory of Indian politics might lead to what happened to Pakistan during its first decade of its existence. It led to Military takeover in succession and disastrous consequences for Pakistan. Mohammed Ayoob has fair and good thoughts for India when he says “One hopes that India will not go down the same path (as Pakistan) because otherwise the largest Democracy in the world could face an equally bleak future.” Thank you sir.