Home » Columns » Abracadabra By K. B. Ganapathy » Rahul, the young man in a hurry to become Prime Minister and the Perils 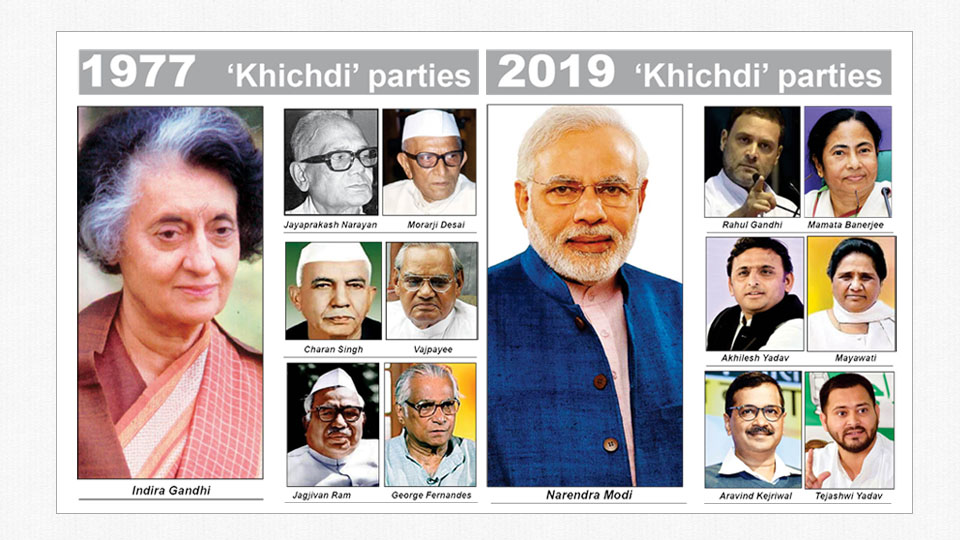 Rahul, the young man in a hurry to become Prime Minister and the Perils

Narendra Modiji, Amit Shahji and Mohan Bhagwatji will understand that India cannot be run by only these three people. India will be run by the people of the country,” thus spake Rahul Gandhi while addressing an Other Backward Classes (OBC) Convention organised by his party, Congress, in Delhi recently.

As a senior citizen, having seen India run by only one person for decades, first by Rahul’s paternal great-grandfather Pandit Jawaharlal Nehru, his paternal grand-mother Indira Gandhi and his own father Rajiv Gandhi, I would rather prefer a triumvirate rule for India to avoid dynastic rule.

He further says that the Nation has become a slave of two-three leaders of the BJP and the RSS. Well, if it is so, I would say it is better and safe to serve two or three masters for then I would not be turned into a slave by any one individual which is the case in slavery.

He also expressed his happiness about the coming together of all the Opposition parties of the Nation to defeat the BJP in the 2019 general elections and said his Congress party too would be a party in this coalition. In the past we have seen what happened to the coalition or alliance governments where Congress was a partner. When everything looked good, Congress would pull the carpet from under the feet of the coalition partners and bring down the government led by the non-Congress partners.

Why, look at Karnataka now. Even after one month, the coalition government of Congress and JD(S), with a JD(S) Chief Minister, is not able to finalise the Ministry and the stalemate continues. According to a panel discussion of astrologers in Public TV last evening, this government will collapse in two-and-a-half-months, said one. Another said in October 2018, a few months before the Parliamentary elections in 2019. And the third one said there would be President’s rule. The sum and substance of all these predictions is that this government will not last its five-year term. Well, if it does not, the blame will lie squarely at the door of the Congress.

As I remember, since 1947, I have never seen a Congress President screaming and shouting, as if competing with or imitating Narendra Modi, in public speeches — be it Nehru, Madan Mohan Malaviya, Indira Gandhi, K. Kamaraj, S. Nijalingappa,  Sitaram Kesri and his own mother Sonia Gandhi — like the present President Rahul Gandhi. I reckon he would be more acceptable if he speaks like his father Rajiv Gandhi in a natural way. Seems an angry young President in a hurry to become the Prime Minister of India in 2019 under an Opposition alliance. Like Sitaram Kesri was an angry old man in a hurry to become the PM, but failed.

However, Rahul seems to have forgotten, or he was too young to remember, how his paternal grandmother Indira Gandhi mocked and made fun of this kind of alliance in the 1977 Parliamentary election when the Opposition had formed an alliance to defeat Indira Gandhi’s Congress. She ridiculed the alliance as a ‘strange animal’ and jeered at the alliance as a ‘khichdi’ party. Of course, the ‘khichdi’ party with many alliance partners won an absolute majority.  Morarji Desai of Congress (O) became the Prime Minister. Rahul Gandhi is hoping for such a victory to become the Prime Minister in 2019. Good luck.

This might be a pipe dream because 2019 is not 1977. Looking at the Nation’s mood today, June 2018, I have a gut feeling that when the question is of electing a National leader in the 2019 Parliamentary election, India’s intelligent voters would shun this proposed ‘khichdi’ party unlike in 1977.

Just as what happened to Congress President Sitaram Kesri (who dislodged H.D. Deve Gowda as Prime Minister) may happen to Rahul Gandhi in 2019. Worse is, he would be compromising the prestige and the status of a National political party, the Grand Old Party (GOP) of India, for the sake of elusive power. Well, Sir, Congress has ruled India long enough, let others also get a chance.

A wag tells me that in 1977, the ‘khichdi’ party won because of the Emergency with its autocratic oppressive rule. The compulsory sterilisation (vasectomy, nasbandi) and imprisonment of Opposition leaders and many innocents made the voters hate Congress. Nothing so hateful has happened under Modi’s rule.

Congress got zero seats in UP, Bihar, Delhi and Punjab. Yet, Congress bagged 153 seats in a House of 543 seats — much more than the 44 seats Congress got in 2014 under Sonia Gandhi. The proposed  ‘khichdi’ party for 2019 will blame BJP for the Demonetisation and GST mess. But, voters know in the long-run both will do good for the  country. Hence, chances are that this 2019 ‘khichdi’ party may not succeed.

4 COMMENTS ON THIS POST To “Rahul, the young man in a hurry to become Prime Minister and the Perils”