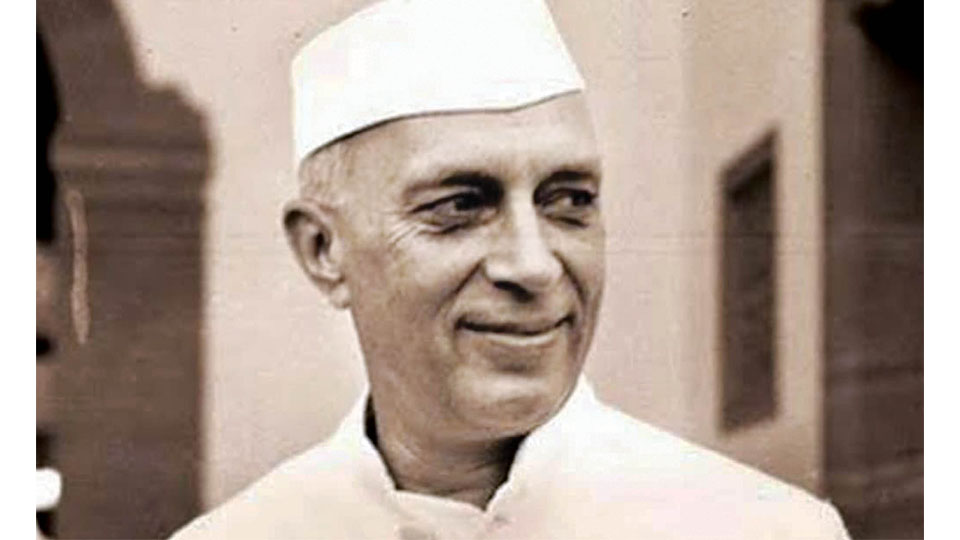 These days we are observing Narendra Modi Government’s decisions to promote the legacies of leaders of freedom movement, who, it believes, have been ignored by the Congress regime over the last seven decades. The Modi Government apparently believes that this is a great historical wrong which must be corrected.

No civilised society should allow the good that men do to be interred with their bones. The fact about our freedom movement is that there were some more patriotic leaders who lived and died in the tides of times fighting for our freedom from the days of Alexander the Great about 300 BC. They too must be remembered. Modi Government, probably, thinks a beginning must be made to remember those who died fighting the invaders along with those who died fighting the British.

That could be the reason why Modi Government is instituting newer public holidays connected to India’s freedom struggle. So Subhas Chandra Bose’s birthday is Parakram Diwas. And August 14, a day before Independence Day? Hey Ram? It is Partition Horrors Remembrance Day. Sardar Vallabhbhai Patel’s birth anniversary is celebrated as Ekta Diwas (National Unity Day). A tribal freedom fighter, whose name I had never heard, Birsa Munda, is celebrated as Janjatiya Gaurav Diwas. Lal Bahadur Shastri, who succeeded Jawaharlal Nehru, as the Prime Minister, was not much celebrated before, but now Modi Government is giving a real media and governmental push to Shastri.

Having said this, let me dwell on the role Nehru played in shaping the destiny of our country — for good or for worse. There is a feeling among a section of our politicians that the role of Nehru before and after independence was exaggerated. I grew up from my school days till my college days under the shadow of the huge banyan tree of a Prime Minister, Pandit Jawaharlal Nehru. Foreign journalists and Indian political pundits often compared Nehru to a banyan tree and did not forget to remind the people that no other tree grew under the shadow of the banyan tree. The hidden suggestion was that as long as Nehru was there at the acme of politics, there would be no room for others to grow.

No wonder, the ubiquitous question raised was: After Nehru who? I had written about it in this column on 4th January 2022, under the headline “What it takes to be a leader?” I had given the example of Alexander the Great, Julius Caesar, Mughal Emperor Babur, Winston Churchill, Chhatrapati Shivaji, Jawaharlal Nehru and Narendra Modi. Let it be.

From the days of Adam, God has not created a perfect man nor an immortal one. Therefore, it would be naive to expect a perfect leader who would deliver all the wishes of his people. And Nehru was a man. Despite some human infirmities, he rose as a magnetic Prime Minister of India at a time the country was under the pangs of a holocaust following the sudden, ill-planned division of British India. He was a leader with concern, courage and confidence. Which is why he survived as Prime Minister without a break for 17 years; continuously without a challenger.

Those 17 years, of course, were turbulent years and when the ship is caught in a devastating storm in the high seas, the Captain is bound to flounder. And Nehru, naturally, faulted on a number of issues that confronted a new free India, primarily because of the irrational vivisection of the country on the basis of religion. Faith, religious faith, has always been of very serious concern of the believers from the beginning and even to this day. Therefore, Nehru’s role, during those early days of freedom and even later till his death, was of great importance in keeping the external enemies at bay and maintaining the internal order of such a huge country that is multi-religion, multi-linguistic with a pluralistic culture.

READ ALSO  Beyond the Lines into Eternity: A Tribute to Kuldip Nayar

Looking back in 2022, I am of the opinion Nehru did acquit himself creditably as the Prime Minister. He was no ordinary politician; in truth he was a Statesman who believed in an inclusive society, a secular society, an egalitarian society of the Fabian ideology that he was influenced while in England. During freedom movement, he was jailed for ten years but he used the incarceration to write his magnum opus of a book “The Discovery of India”, published in 1946. It is about Indian history, culture, religion and philosophy as perceived by him, said to be subjective. I heard it was Krishna Menon, a close confidante of Nehru, High Commissioner in London and later ‘failed’ Defence Minister  of India, who had edited it. May be apocryphal.

Nehru’s visage radiated a philosopher’s poignancy in photographs. I still remember a huge poster of only Nehru in black and white with a red background brought out for the first general election when I was in the primary school. Thereafter, I had seen Nehru twice in flesh and blood. Once when he came to Madikeri, Kodagu. It was here he made the often quoted speech about Kodagu (Coorg) — ‘a land known for its Army Generals, sweet oranges and beautiful women.’ And another time in Bangalore Central College Grounds when I was a Law student. He was physically agile and sprightly. I still remember him starting his speech somewhat like this — ‘…man is an animal. But a different kind of animal (a pause) man can smile. Animal cannot…’

Be that as it may, one might wonder what prompted me to write about Nehru again. A second look at the autobiography of K. Natwar Singh, Diplomat and Union Minister, where he writes about Nehru. According to him, modern India is Nehru’s creation. Nehru, he writes, conceded that the freedom movement had ended in ‘Partial failure.’ ‘The aim and destination of the movement was the achievement of an independent, undivided India.’ Well, if so why nobody could prevent the division? Singh writes, ‘Pandit Nehru conceded, partition was the lesser evil.’ Apparently, leaders who mattered accepted this lesser evil !

READ ALSO  Afghanistan: A country where anarchy is for ever !

A divided Congress Working Committee (CWC) passed a resolution accepting partition. Gandhiji’s reservations were  ignored, so also of Jayaprakash Narayan, Maulana Azad and Abdul Ghaffar Khan. The resolution of the CWC was sent to AICC. In the voting, the result was 157 for partition and twenty-nine against, twenty-three abstentions.

Many, in recent days, believe that Sardar Patel would have made a better Prime Minister. Probably yes, says Singh, adding ‘but he died three years after independence on 15th December 1950. Who would have succeeded him? Without doubt Nehru.’ In fact, those first three years were the most critical and cataclasmic years. Kashmir and Hyderabad. Nehru was ill-advised by his friend Lord Mountbatten on both issues. After the Lord exited India, Hyderabad was liberated, Modi partially solved Kashmir problem but PoK remains.

According to Natwar Singh, there were three cardinal errors in Nehru’s foreign policy. They are:

1. His disastrous handling of Kashmir issue.

2. Misplaced trust of leaders of China.

3. His turning down of the Soviet Russia’s proposal to give India a Permanent Seat in the United Nations Security Council.

In retrospect, one is inclined to agree with Natwar Singh. These are Nehru’s Himalayan blunders and the country is paying for it even now carrying the problems of Kashmir and China like an albatross around its neck and may be, have to pay in the future too.

However, his internal policy is what is keeping this country going as a Democracy. He laid the foundations of our Nation — its Democracy, Secularism, Pluralism, Public Sector Units to industrialise the country.

Nehru’s non-aligned foreign policy might have projected him as a leader among the comity of nations, but to remember that not one non-aligned nation supported India in the 1962 China-India War exposes the hollowness of that policy and Nehru’s inability to judge true friends from false.

However, in the final reckoning it was Nehru’s India till his death in 1964, aged 74 years.

There may be many makers of modern India, but Nehru, undoubtedly, is the first among them.