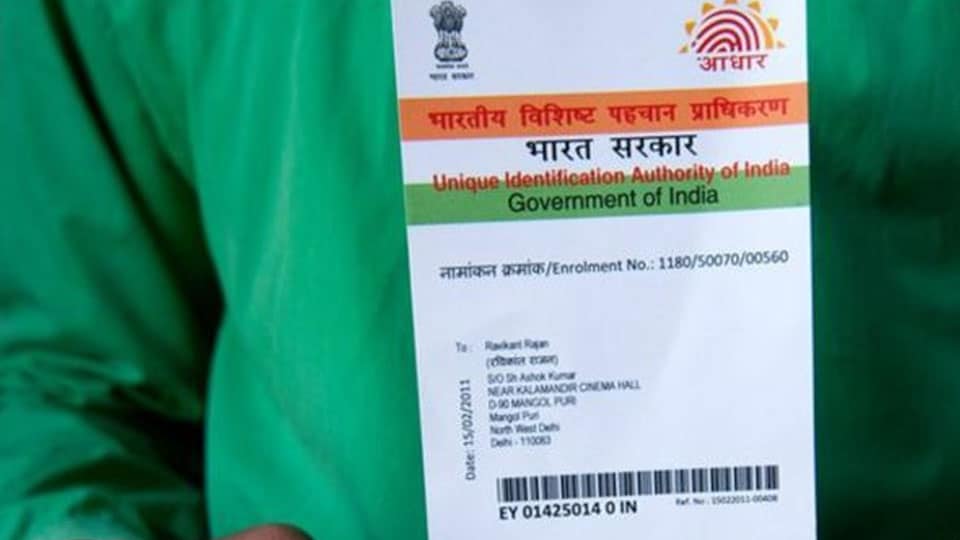 The so-called ‘political intellectuals’ while dealing with matters concerning marginal farmers, labourers and the poor of the society should exhibit wisdom to protect the wealth of the nation so that the same could be appropriated to the poor and the needy as it happened in Karnataka loan waiver case. In my humble opinion, the present Aadhaar card is good for the country and also for the individual citizen. Aadhaar will act as a bulwark against the dishonest, corrupt and illegal immigrants also.

The prophetic words of Prof. John Kenneth Galbraith, the former Ambassador of America in India during the days of President John F. Kennedy, that the Indian Democracy was a functioning anarchy seems to be true even today after 55 years.

There is a Grand Old Party (GOP) Congress and the Nationalist Young Party (NYP) BJP which arraigned against each other alleging all kinds of political, economic and moral sins which this country has not seen before 2014 when BJP came to power. The blame for this cannot be laid at the doorsteps of BJP at all because as we have seen this blame-game began the moment BJP (NDA) won the 2014 elections with a vast majority.

The Congress (UPA) began to feel like a fish out of water without political power which it had enjoyed continuously for ten years prior to 2014. So began a multi-pronged acrimonious attack on BJP (NDA) and particularly on Prime Minister Narendra Modi. It began with the accusation of  intolerance and the consequent award-wapsi tamasha, gimmick, by those ‘intellectuals’ who were patronised by Congress with awards and positions.

Thereafter, it was a free-for-all. What happened at Jawaharlal Nehru University (JNU) and the cases of suicides in educational campuses, etc., only made things worse. Of course, BJP in its euphoria of newly-acquired power enabled the right extremists to behave like they are above the law. The lynching of minorities in the name of holy cow is abominable.

As time progressed, leading to next year’s Parliamentary elections, a tempo of mutual vicious accusation reached its crescendo when Rahul Gandhi said “This Chowkidar is a Chor,” referring to the purchase of Rafale fighter jets. Rahul Gandhi was alluding to Narendra Modi’s famous statement during the election campaign that he was a Chowkidar (watchman) of the country to protect it from looting by the Namdharis (inheritors), Gandhi family.

For example, the Aadhaar card. It was conceived and introduced as an identity card for all citizens in India. It carries all their personal details. It would replace the multiple cards that were required earlier for an individual to deal with the government departments and even private institutions. The card holder is enrolled by the Unique Identification Authority of India (UIDAI).

When everything looked good, a big controversy erupted. A newspaper reported that anyone could get the Aadhaar card holder’s personal details on WhatsApp for as little as Rs. 500. Finally the matter went to Supreme Court which ruled that Aadhaar is mandatory for filing Income Tax Returns. It also said that in some other cases Aadhaar is not mandatory — for example, if you want to buy a new SIM card or for students who appear for exams. However, Supreme Court upheld the Aadhaar Act. But what if you want to avail benefits under Government Welfare Schemes…?

Now, a Congress politician and a Rajya Sabha Member has moved the Supreme Court for a review of its judgement upholding the passage of Aadhaar Act in the Parliament as a ‘Money Bill.’ Apparently, this Review petition is an attempt to enable people to get the government benefits without submitting Aadhaar card. But it is important to realise how the unscrupulous rich citizens could avail the benefits (when they are not entitled), if authentication by Aadhaar card is not required. Just one example.

It is to be understood that there is no social welfare scheme, including the loan waiver scheme, which is fool-proof. However, from the recent example in Karnataka mentioned above, it is clear that in the final reckoning Aadhaar card will benefit the country and the genuine borrowers.

The politician who filed the review petition with the plea on Aadhaar in the Supreme Court must ponder about the good the Aadhaar card would do to our citizens and the country unless he wants non-citizens and illegal immigrants to have access to Government subsidies, benefits and services. Section 7 of the Aadhaar Act requires authentication by Aadhaar card if beneficiaries want to access subsidies, benefits and services.

In matters where protecting the wealth of the nation and also the rights of the genuine claimants are concerned, pursuing political agenda and technicality is like counting the trees and missing the wood.

Rightly it is said of a purist- economist as one who knows the price of a thing but never its value.

In my humble opinion, the present Aadhaar card is good for the country and also for the patriotic citizen. Aadhaar will act as a bulwark against the dishonest, corrupt and illegal immigrants.

10 COMMENTS ON THIS POST To “Power of Aadhaar card: Fake claimants of agri loan waiver exposed”