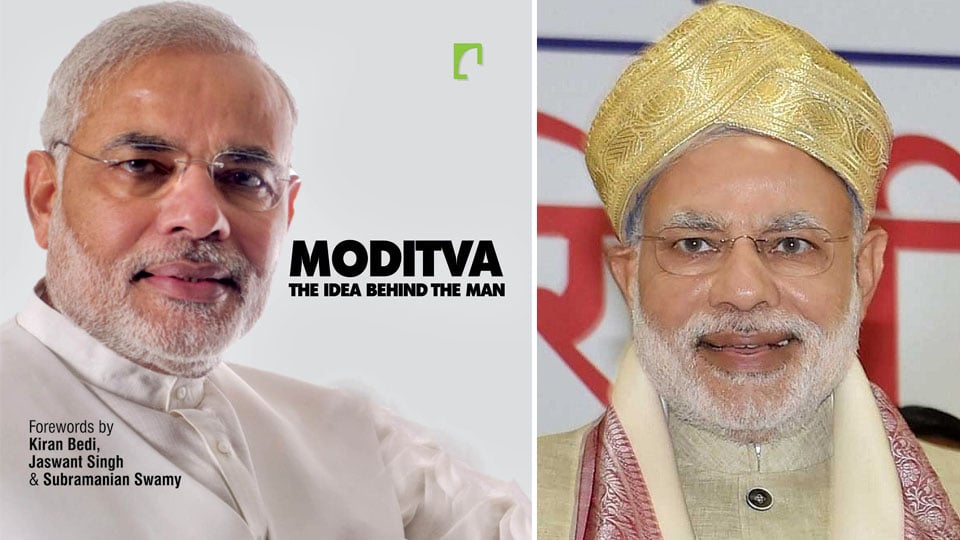 Will Modi redeem the pledge Nehru promised we the people of India in 1947?

Prime Minister Narendra Modi is visiting our city Mysuru tomorrow as part of his roller-coaster Parliamentary election campaign and will address the citizens of this royal and cultural city of Karnataka at the same venue where he addressed us in 2014 for the same reason — Parliamentary Election. By the time he came here, Modi had already become the toast of the country, a hero all set to defeat the dynasty that had held the Government of the country in its vice-like grip for over 60 years successively and to break the politics of entitlement to empowerment of Gandhi  Dynasty.

Consider the events following the 2002 Godhra riots, where as a Gujarat CM of one-and-half-year-old, he was demonised and held responsible for not controlling the communal riots by the UPA. It looked that the 1984 Sikh Massacre following Indira Gandhi’s assassination under the very nose of the Congress Government was forgotten. Let it be.

A few months before Modi came to Mysuru in 2014, I had walked into a book shop at Bengaluru and I purchased a small coffee-table book [See pic.] titled ‘Moditva- The Idea Behind The Man.’ It was a small book of about 55 pages, but my curiosity was roused looking at the persons who wrote the foreword for the book — Kiran Bedi, now the Governor of Pondicherry, Jaswant Singh, former Finance Minister in Vajpayee Government, now ignored by the party and Dr. Subramanian Swamy.

In a sense, the book was intended to tell us what manner of a man this 2014 prospective Prime Minister of India was.

In brief, Kiran Bedi writes, “The country is at crossroads, if by May 2014 we take the right direction, the nation will speed towards all round development. From problems, bottlenecks to solutions and openings.

“I personally believe this is so close and achievable provided Narendra Modi and his party reaches the Indian Parliament with a clear mandate, to lead and deliver!”

And then, Jaswant Singh in his foreword appears to be little superstitious as if believing in numerology. He writes: “2014 will see many elections in Asia so also in India. In our culture, this number-14-carries mystical significance. In the process of Samudra Manthan, which stands for churning of the oceans 14 ‘ratna’ had come to the surface. Bhagwan Sri Ram also returned to Ayodhya after an exile of 14 years. No doubt, therefore, 2014 will be that year of change which the country has been yearning for since long.”

READ ALSO  PM will not take part in Dasara procession

I guess his prediction has come true because Narendra Modi did become the PM  in 2014.

The third foreword is from our maverick, big-mouth intellectual with the rare courage of conviction and a strong believer in Hindutva Dr. Subramanian Swamy saying that the book ‘Moditva’ was intended to highlight the vision of the Prime Minister to be. He explains about four dimensions of   ‘Moditva’ according to him.

“1. To rise in life overcoming all obstacles of life including family poverty and caste without complaining. 2. No matter how high you rise your commitment to simplicity and probity in life remains firm and unchanging. 3. Be forever focussed on your goals and the strategy to achieving these. 4. No matter how strong are your enemies and no matter the calumny heaped on you by your detractors, you remain of even temper in treating success and failure and profit and loss with your mind fixed on achieving your goal.

“Narendra Modi has these qualities of character and that is why he has risen from very humble family circumstances to be the next Prime Minister of India. His track record in Gujarat’s economic development inspires us to believe that India will be flourishing global power by 2020.”

Indeed, India has already become a flourishing global power where it has a unique and important place among the comity of nations and this has been achieved in just five years of Modi’s Prime Ministership. In contrast, compare the 10 years of Congress rule under UPA, perish the thought. India simply got lucky in 2014 astrologically as explained by Jaswant Singh in his foreword, I guess.

Another interesting aspect of the book, rather curiously published by one Siddharth Mazumdar, Founder-Member, Citizens For Accountable Governance, is the contents which in 14 chapters speak of Modi’s idea of governance for India with 14 slogans. Some of the slogans are familiar to our readers. But let me mention these 14 slogans mentioned in the book.

The 14 slogans are: 1. Secularism means India first, 2. Minimum government, maximum governance, 3. Government has no business to be in business, 4. Co-operative, not coercive federalism for a strong republic, 5. Development politics over votebank politics, 6. Aatma gaanv ki, suvidha sheher ki, 7. Tourism unites, terrorism divides, 8. Per drop more crop, 9. Farm to fiber, fiber to factory, factory to fashion, fashion to foreign, 10. From a nation of snake charmers to mouse charmers, 11. Take the university outside the campus, 12. Pehle sauchalaye, phir devalaya, 13. Economy with mass production by the masses and 14. People public private partnership (4P).

To play the devil’s advocate, I would say only administrative reform, that was missing was about demonetisation. But then it is understandable because it has to be kept a secret, under wraps, to succeed. Personally speaking, demonetisation was a step that was needed at least 10 years back in 2004 because Indian economy was running  on two parallel lines, one of white money, another of black money. If this had continued for long at that speed, the economy itself would have collapsed. Thank God, despite some minor failure in its implementation (may be due to lack of co-operation from the bureaucracy which was indebted to the earlier UPA dispensation), the demonetisation has certainly cleansed our contaminated economy to a great extent. As a businessman myself, I say this with my own authority and experience. Thank you Modi. My country is more important to me than black money. As Dr. Babasaheb Ambedkar says, “If India loses, who wins?”

Tomorrow Modi is going to address us and now that he has done his ground work and laid the foundation during the past five years, I am sure, in the next five years if he is given the opportunity, he will build a grand super-structure of national pride and a flourishing economy.

If our people could give more than 60 years to one dynasty that ruled us like an oligarchy and got nothing worthwhile when compared to the prosperity of other countries of the world, why not give another five years to Narendra Modi to complete the task he started in 2014 to deliver the country from the morass to which it has fallen and redeem the pledge given to them by the first Prime Minster Pandit Jawaharlal Nehru in his famous Tryst with Destiny speech made at the stroke of midnight, 15th August, 1947?

16 COMMENTS ON THIS POST To “Hark! Modi comes to Mysuru”