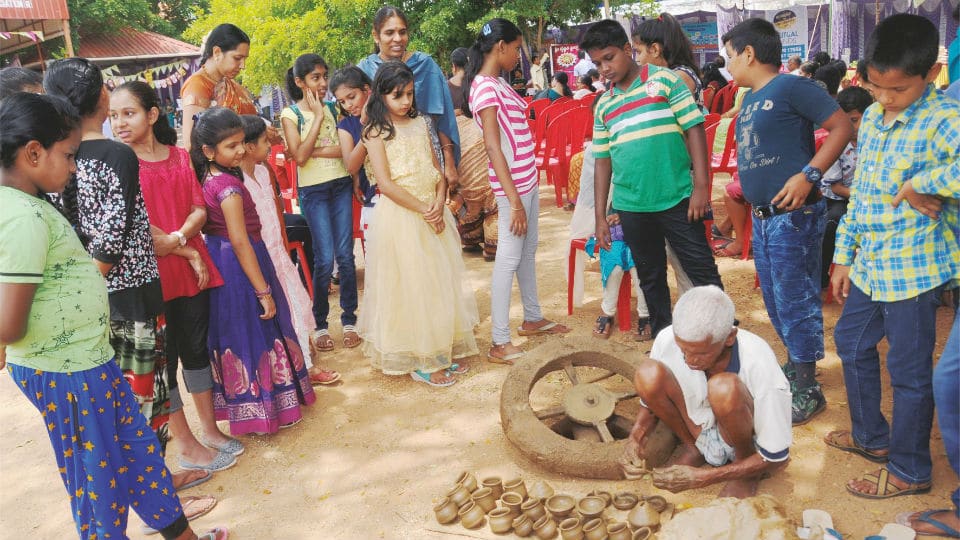 The fair has 24 stalls displaying organic food items, handmade paper covers, decorative festoons, bags and many more including dress materials. For the foodies there are a couple of stalls selling chats, North Karnataka dishes, fruit juices and  other delicacies.

A prime attraction is a potter from Paduvarahalli giving a live demo on pottery creating eye-catching clay pots. 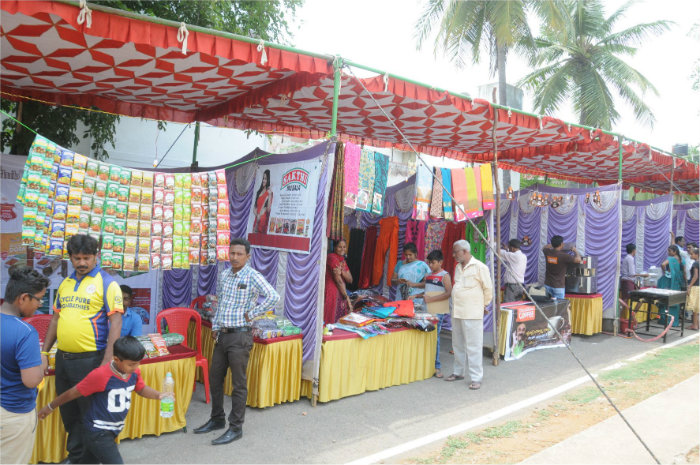 Speaking on the occasion, the Swamiji opined that such Funfairs would provide a plat form for people to present their talents.

He added that the youth would get to know the Desi games of yesteryears and talents of artisans. He appealed the youth to stop aping the west and focus on Indian talent and culture.