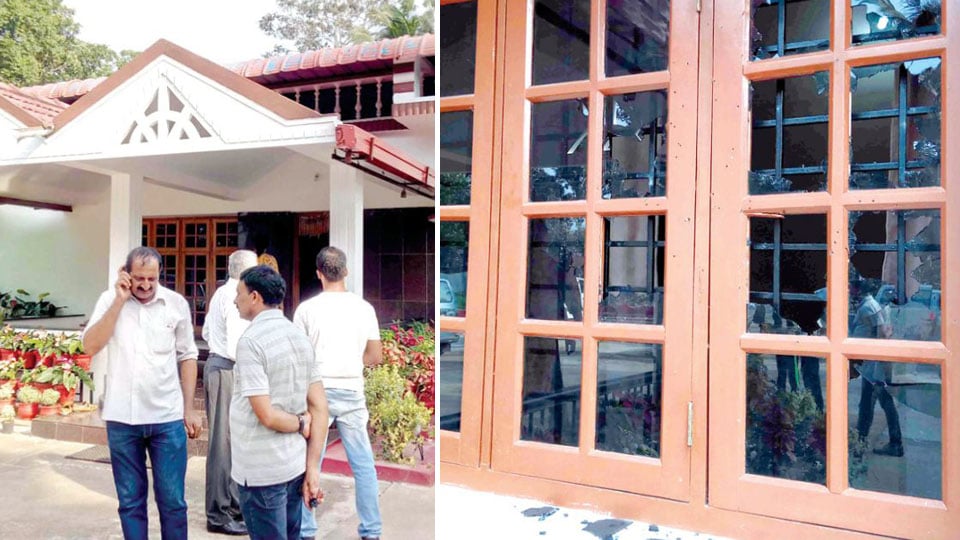 However, no one was injured in the incident. But the gun shots have shattered the glass panes of the windows of the house.

Poovaiah, who was fast asleep, heard the sound and thought some vessels would have fallen down in the kitchen but did not come out of the house to investigate the sound.

The next day, when Poovaiah came out of the house at about 6 am, he saw the glass panes of the window shattered and saw the pellets from the cartridge embedded near the window. It is suspected that shots were fired from a country-made gun. 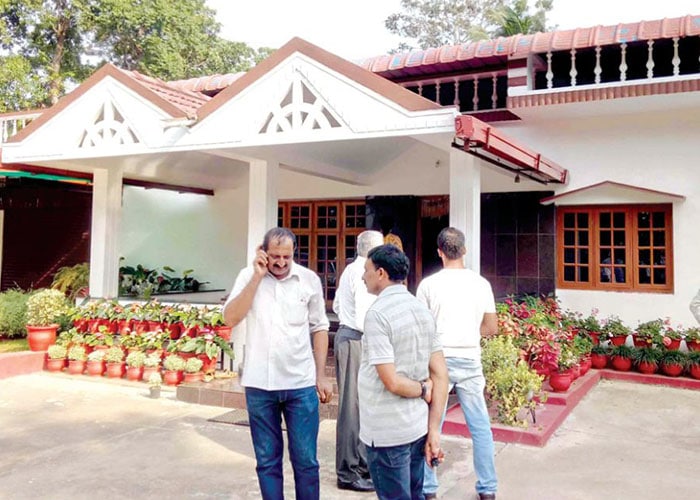 Meanwhile, Ponnampet Police, along with Gonikoppa Circle Inspector, who rushed to the spot, conducted mahazar, registered a case and collected CCTV footages from the camera installed nearby.

Meanwhile, the firing which has taken place at the time of elections has sent shock waves across the village and Poovaiah has urged for security.

Sanketh Poovaiah then called SP P. Rajendraprasad over the phone and urged him to provide Police security to Dadu Poovaiah besides requesting the SP to nab the miscreants at the earliest.