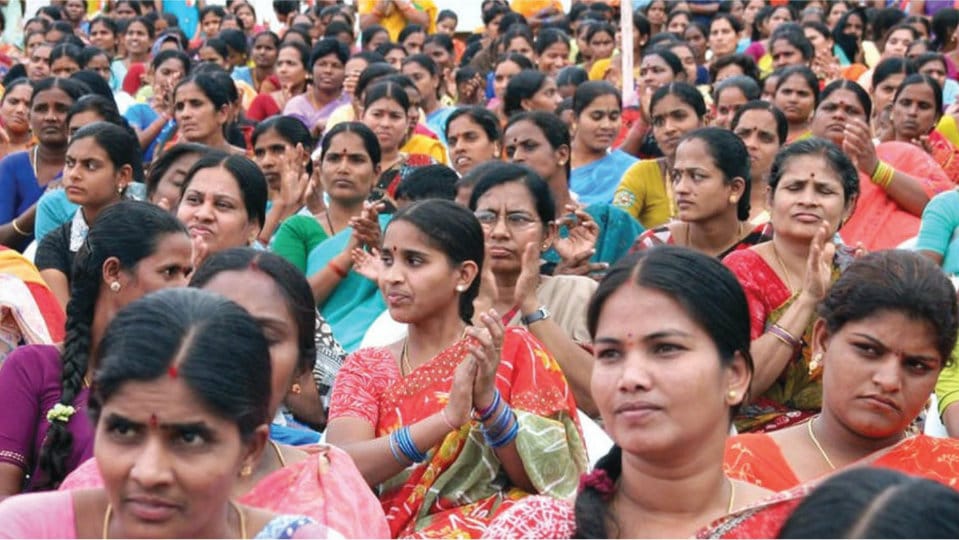 The women self help groups, which are active in both urban and rural areas, have been a boon to some political parties.

With the polls nearing, the women self-help groups have become all the more active, holding meetings once in three  days to discuss on backing political parties. These self-help groups after prolonged deliberations, will back only that party which benefits them the most.

In all, there are 7,787 registered Sthree Shakti Sanghas in 11 Assembly segments of the district as of now, which include 587 meant exclusively for SC Community and 360 for ST Community.

With the Election Commission strictly monitoring the poll campaign, political parties are making attempts to get in touch with the heads of Sthree Shakti Groups, instead of directly knocking on the doors of the office of Sthree Shakti Sanghas. In turn, the heads of women self-help groups will table the proposals of political parties at a secret meeting that will take place at the house of a Sangha member. The support to a particular party will depend on the unanimous choice that the members of the Sangha will make.

However, the Sthree Shakti Sanghas are treading a cautions note as they do not want to risk supporting a political party as a whole. The Sangha will take a final decision on backing that particular party which assures them the maximum benefits, only when the poll date is just a couple of days away, according to sources.