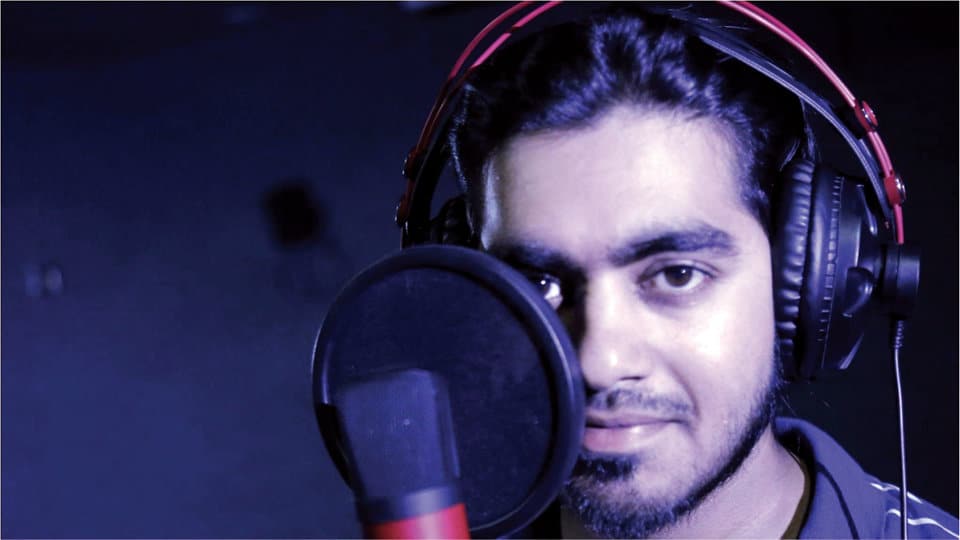 One of the young artistes, who has been making a name for himself, is Udith Haritas.  This young and energetic, smart looking guy, is multi-talented when it comes to being an actor, music composer and singer as well.

Having born in a family where both parents are into literature and theatre, Udith was drawn into the creative field naturally.  Udith’s father Mayasandra Krishna Prasad is one of the senior artistes in Rangayana and mother Annapoorna teaches Kannada at Vani Vilas High School.

As a child, he learnt Hindustani music from Pt. Veerabhadraiah Hiremath and Karnatak Music, Light Music and Gamaka from Shubha in Mysuru. In fact, Udith learnt guitar from Venugopala Krishnan at the VGK Music Academy in Mysuru.

Udith was also part of a Rock Band called ‘1980s’ which performs in city. Though the band still exists, Udith has not been able to take part actively. He has also acted in few plays as a child artiste in plays staged by Rangayana.

Udith, who has acted and composed music for amateur theatre groups in Mysuru, got instant fame through ‘Nee Thoreda Galigeyali,’ the duet song which he sang along with Ananya Bhat, another talented singer from Mysuru. This apart, he was also lauded for his work in movies like  ‘Rocket’ and ‘Sepai.’

Currently, Udith has been working on few music singles and for a web series called ‘The Middle Child of History’ by Rakshith Shetty. He has also set up his new recording studio known as ‘Ferrotone Records’ from where hopes to give chance to talented youngsters and bring in artistes who have not yet been featured in the mainstream.